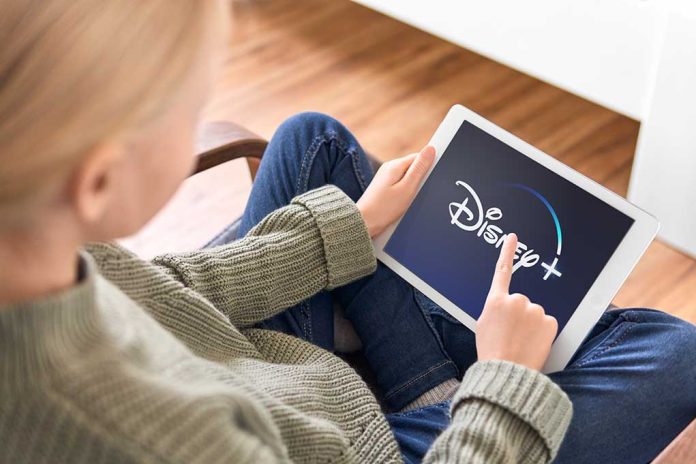 (RepublicanDaily.org) – It’s no secret Florida’s Republican Governor Ron DeSantis is unafraid to speak his mind when it comes to what he sees as liberal overreach, whether by corporations or government entities. Most recently, he’s locking horns with media giant Disney over the company’s alleged efforts to push a radical LGBTQ agenda on children.

On Tuesday, March 29, investigative journalist Christopher F. Rufo shared a clip of footage leaked from a Disney internal meeting. In the video, executive producer Latoya Raveneau discusses her team’s efforts to promote LGBTQ issues through children’s programming. She says her team’s agenda in this regard is “not at all secret” and remarked on how little resistance she has encountered in her efforts to add “queerness” to various productions.

SCOOP: I've obtained video from inside Disney's all-hands meeting about the Florida parental rights bill, in which executive producer Latoya Raveneau says her team has implemented a "not-at-all-secret gay agenda" and is regularly "adding queerness" to children's programming. pic.twitter.com/eJnZMpKIXT

Governor DeSantis is entirely against the idea of children consuming this kind of content at a young age. For that reason, he championed the Parental Rights in Education legislation, which limits how Florida teachers can instruct children on sexuality. Disney said Florida should repeal this bill and accused Governor DeSantis of being against homosexual youths, leading to an angry response from the governor.

Do you think it’s appropriate for children to be exposed to “queerness” in television, movies, and education, or should we back legislative efforts like those in Florida to prevent this from happening?