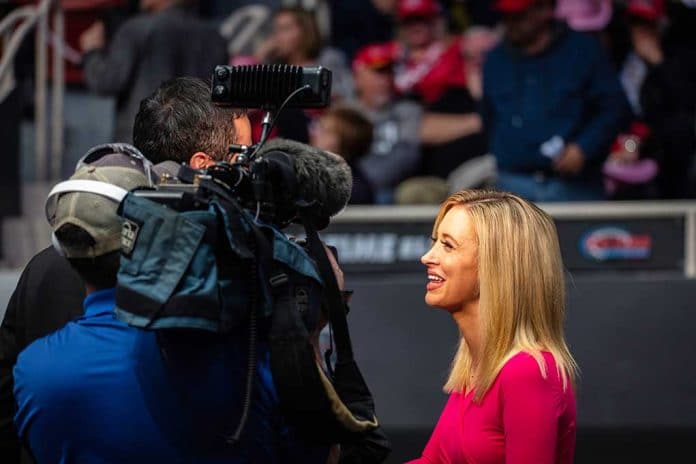 (RepublicanDaily.org) – Kayleigh McEnany, having previously worked on his 2016 election campaign, served as former President Donald Trump’s press secretary later in his term of office. Still just 33 years of age, she’s among America’s most recognizable conservatives. Aside from her work with Trump, she’s also made a name for herself by exchanging barbs with liberal commentators like Van Jones on CNN.

On Sunday, June 13, McEnany spoke at Turning Point USA’s Young Women in Leadership Summit in Dallas, Texas. Referring to the question of whether she would ever lie to the American people, she said she “never did” as she was “a woman of faith,” as well as a mother, and someone who had “meticulously prepared at some of the world’s hardest institutions.” McEnany is a graduate of Harvard Law School.

In her speech, McEnany also discussed the difficulties Republicans have with press reporting compared to Democrats. She said Conservatives “always get the bad headlines…the false stories, [and] the lies.” She continued by saying there was “one standard for Democrats and another for Republicans.”

Liberal commentators have gone after McEnany in the wake of her speech, highlighting inaccuracies in some of Donald Trump’s communications that, they think, make McEnany a liar. It’s worth remembering, of course, how many of Trump’s supposed slips in front of the press have actually turned out to be right on the money. Remember when everyone thought the lab leak theory was a conspiracy?