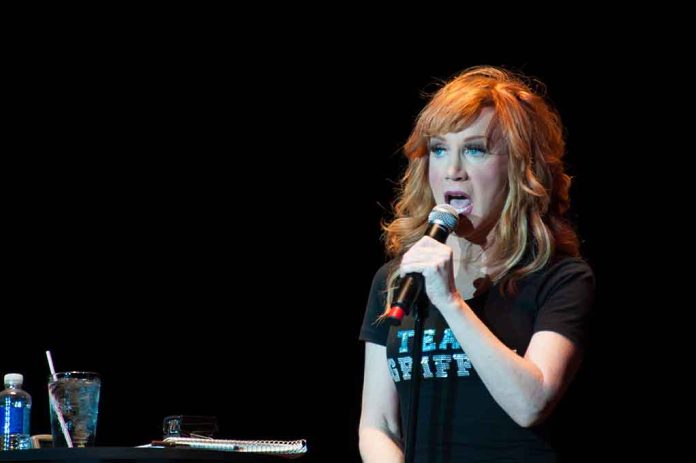 (RepublicanDaily.org) – Kathy Griffin is a D-list actress and comedian who, in recent years, has become more famous (or, perhaps, infamous) for her hot takes on politics than her work in the entertainment industry. Her hard-left statements have frequently gotten her into trouble, and a recent Twitter post she published has attracted yet more criticism.

The tweet, which can be seen below, apparently suggests Republican victories in this year’s midterm elections may lead to a civil war.

As one might expect, the responses from conservatives and political neutrals were unforgiving. Senator Ted Cruz (R-TX) was among those to slam the comedian, denouncing her as a “Crazy Hollywood Leftie” and stating she was part of an “angry, hateful & violent” modern Left.

Other Twitter users highlighted this was not Griffin’s first time causing outrage with apparent incitement of violence. In 2017, the entertainer posed with an imitation severed head of then-President Donald Trump, leading to widespread disgust. The stunt cost her a job with CNN and a number of other career issues. However, she has since worked to rebuild her public image and revive her career in show business.

Do you think Griffin’s most recent tweet was a step too far?