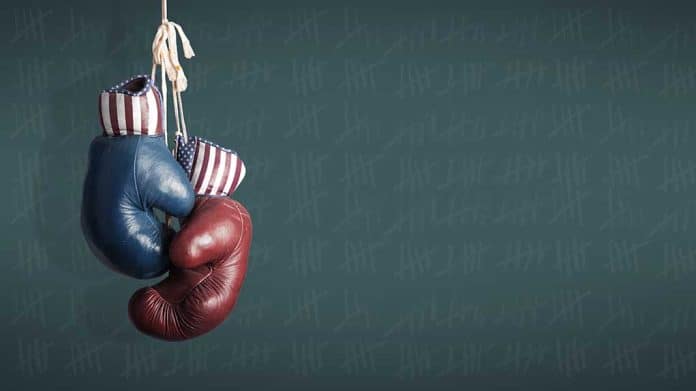 (RepublicanDaily.org) – It’s no secret that President Joe Biden is struggling to find favor among the voting public. His polling numbers have been on a downward spiral for some time now, with the most recent Reuters/Ipsos poll putting his approval rating among all voters at just 44%. This low rating, along with his advanced years and apparent regression in terms of mental acuity, has led to speculation he might not run again in 2024. Vice President Kamala Harris would be the obvious choice to replace him, but will Democrats go in a different direction?

A newly released poll from The Hill/HarrisX asked 939 voters who they would select as the Democratic candidate in 2024 if Joe Biden doesn’t run. The vice president was the most popular option, but only just. With 13% of the vote, Harris was only marginally ahead of former First Lady Michelle Obama, who got 10%.

With Kamala Harris looking unelectable, the Democrats are considering the nuclear option.

Thirty-six percent of respondents said they were not sure who they would vote for. All other candidates who got a mention, such as Senator Bernie Sanders (I-VT), Transportation Secretary Pete Buttigieg, and Andrew Yang, received less than 5%.

The fact Kamala Harris has such little support as a possible presidential nominee is a damning indictment of her performance in the Biden administration thus far.