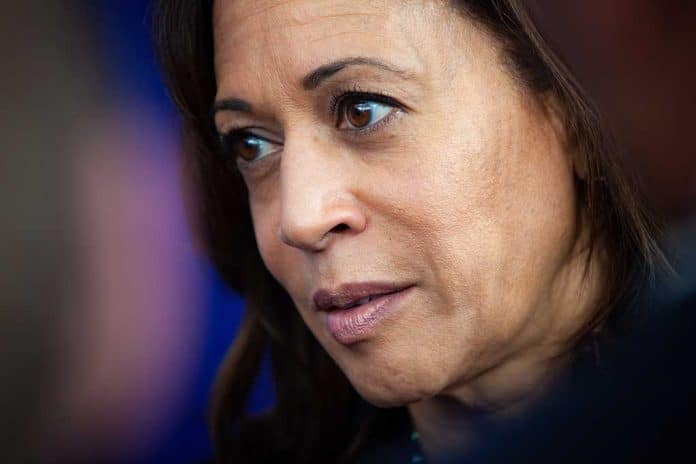 (RepublicanDaily.org) – Vice President Kamala Harris has been tasked with many issues since entering the White House but has little to show for it. While she could continue pressing forward on addressing real issues like the border crisis or black maternal mortality rates, Harris has chosen instead to meet with GOP lawmakers who already blocked the Democratic Party’s voting reform act to try and convince them to change their minds.

On Tuesday, July 20, Harris spoke with CBS News about her push for the “For The People Act.” Ignoring the facts that the measure has been blocked by the Senate and Republicans overwhelmingly disagree with vast portions of the proposal, Harris highlighted she would continue to press the “partisan issue” with “both elected Republicans and Republican leaders.”

NEW: @VP Kamala Harris tells me she's speaking to Republican Senators about voting rights & key legislation like the For the People Act. We also discussed filibuster reform & activists who say the admin needs to act with more urgency.

Of all the things Vice President Harris needs to focus her attention on, her party’s radical and dead-on-arrival bill should be the last on her list. Rather than beating this dead horse, lawmakers should encourage Harris to focus on legislation that actually has a chance of passing and changing our nation for the better.