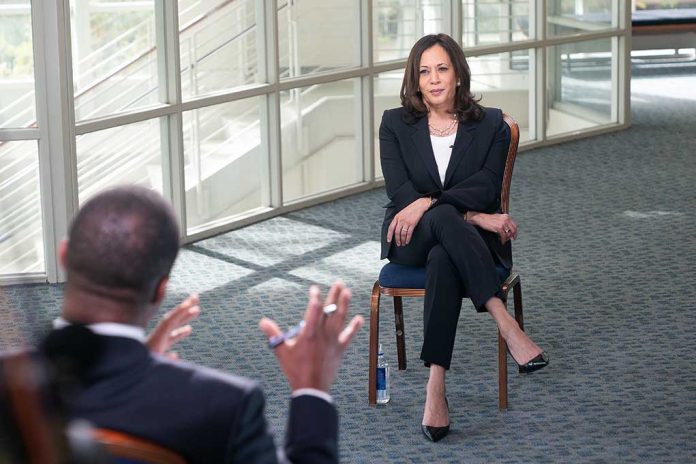 (RepublicanDaily.org) – Vice President Kamala Harris has outdone herself once more, in the worst way. During an interview with long-time Democrat George Stephanopoulos, Harris not only laughed at the suggestion that she’s being underused but had some bizarre commentary concerning the polls. All in all, she gave exactly what the American people had come to expect from her.

When faced with questions concerning the immigration issues she’s supposed to be leading the charge on, Kamala blamed the Trump administration. Not only did she not do anything remotely close to resembling a plan, but she also didn’t even mention one single issue — which you would think, being VP, she would have a handle on.

Despite having a sympathetic interviewer, Harris couldn’t get her act together. At a time when she needs to muster support, she continues to flub amid reports that her office is in shambles and her relationship with President Joe Biden is under strain.

Perhaps the highlight of the interview was Kamala’s response to her 28% approval rate in the polls. Seemingly unphased by the numbers, Harris simply said, “They go up, they go down.”

Yes, Kamala, they do, much like the number of staff members, you’ll have as your Communication Director jumps ship in December.