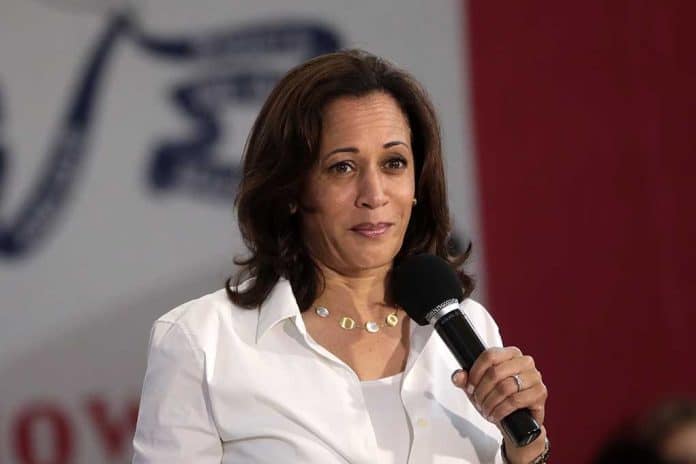 (RepublicanDaily.org) – Since President Joe Biden took office at the start of this year, many have speculated about his fitness for office. However, Vice President Kamala Harris has recently received even more negative attention. Her approval ratings have tanked following several gaffes and reports she’s not gelling well with other top officials. Now, some of her key staffers are heading for the exit.

Last week, Symone Sanders, who currently serves as Kamala Harris’ chief spokesperson, announced she would leave her job at the White House at the end of this year. In a statement about her departure, Sanders thanked both the vice president and her chief of staff, Tina Flournoy.

Sanders’ announcement makes her the second Harris staffer to leave her job recently, as communications director Ashley Etienne is also set to depart in the next few weeks. While neither Sanders nor Etienne has been critical of the team they’re set to leave, media analysts have noted their decisions must have at least something to do with the flurry of negative attention currently surrounding Kamala Harris and her office.

Staff turnover caps months of messaging missteps from @VP and struggles with the media, such as the child actors video story.

A source quipped that the defections must be "completely unrelated to reading stories where they are blamed for everything."

This development comes alongside media speculation that the president might consider nominating Harris for a position on the Supreme Court bench as an exercise in damage limitation. So could things be any worse for the VP right now?