(RepublicanDaily.org) – There was another development in the story around US Attorney John Durham’s probe into various FBI investigations on Wednesday, October 7. Director of National Intelligence (DNI) John Ratcliffe revealed his office had sent over 1,000 pages of documents to Justice Department officials. These documents, which were classified until the DNI released them, relate to a wide range of issues around different FBI operations.

Earlier in the week, Ratcliffe declassified a series of handwritten documents penned by former CIA Director John Brennan. This was necessary due to suspicions Brennan and other senior intelligence officials had cooperated to make it look like President Trump’s last election campaign had links with Russia.

Among these handwritten notes was evidence of a briefing between John Brennan and then-President Obama. During this meeting, Brennan discussed a Russian intelligence report which stated Hillary Clinton had planned on falsely implicating Donald Trump in Russia’s hack of the DNC in 2016.

John Durham’s probe initially focused on the FBI’s investigation into Russian interference in the election of that year. It subsequently emerged that the probe was also looking into the FBI’s handling of allegations of corruption at the Clinton Foundation.

There are long-running suspicions that Durham’s probe will unearth criminal activity perpetrated by officials working during the Obama administration. Thus far, one FBI lawyer has admitted to unlawfully altering an email in order to secure a surveillance warrant on a Trump campaign operative. While the investigation has been underway for over a year, it’s recently become clear we shouldn’t expect a final report between now and the election.

SCOOP: Attorney General Bill Barr has begun telling top Republicans that the Justice Department’s sweeping review into the origins of the Russia investigation will not be released before the election. https://t.co/31fAjqVjsC

Predictably, media commentators have dismissed discussions about this development because of its timing. With an election so close at hand, they say this release of documents must be politically motivated. When dealing with serious crimes like these, however, things like motivation and timing lose their relevance to a large extent.

It appears likely that senior intelligence officials and politicians engaged in abuses of power over many years. This is information the American people need to receive as soon as it becomes available. 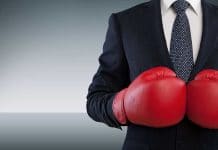 DeSantis Vows to Fight for People as Biden Limits Treatments