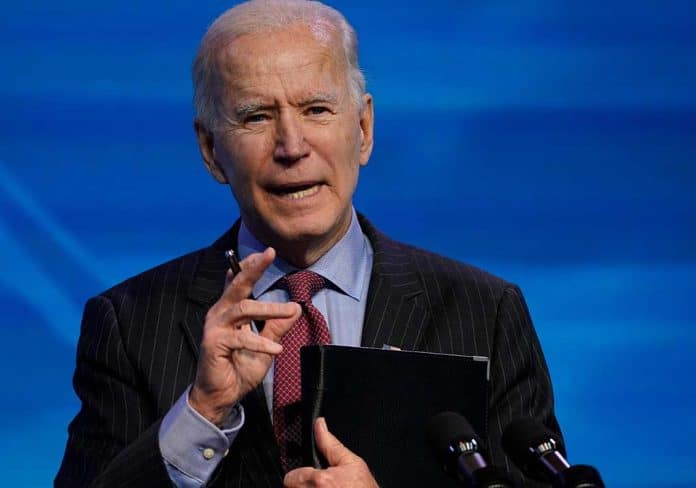 (RepublicanDaily.org) – Senator Joe Manchin (D-WV) has made a name for himself this year as a lawmaker who’s not afraid to stand out from the crowd. As his party has leaned further and further left, Manchin has insisted on staying loyal to his moderate voter base. This loyalty has required him to repeatedly oppose President Joe Biden and other Democrats on key issues. One such issue is spending, particularly the infrastructural and social spending the Left is currently trying to force through in Congress. Now, Manchin is at it again.

The West Virginia senator has frequently worried aloud about the impact of rising prices for ordinary Americans. On Wednesday, November 10, he took to Twitter to point out that the “record inflation” currently facing the nation was not a temporary phenomenon, as some tax-and-spend Democrats like to make out. Instead, he warned the “economic pain” Americans were feeling was real, and it’s up to politicians to reverse the trend.

By all accounts, the threat posed by record inflation to the American people is not “transitory” and is instead getting worse. From the grocery store to the gas pump, Americans know the inflation tax is real and DC can no longer ignore the economic pain Americans feel every day.

These comments have left the immediate future of the “Build Back Better” bill in doubt. The $1.75-trillion proposal is considerably smaller than previous versions of the legislation, but Manchin still appears to think it poses a considerable risk to our economy.

This tweet follows other negative statements Manchin has made about the legislation and its potential effects on inflation. His hesitancy about the project has many commentators saying it could be 2022 before Americans see a version of the social spending bill on President Biden’s desk.

Is Inflation Getting Worse?

Manchin’s comments follow a report from the Bureau of Labor Statistics (BLS) showing that inflation again rose by a record amount in October. The 6.2% year-on-year increase was the highest recorded in 30 years and was above the 5.8% projection analysts had come up with for the period. Prices also rose 0.9% from September, a significant jump from the 0.4% growth we saw the previous month.

Some industries played a particularly significant role in driving up average prices. Inflation was most pronounced in terms of goods like gasoline, food, and new and used vehicles. Notably, these are basic necessities for most Americans, including those in the lowest income levels. Prices in most areas went up; alcohol and airline fares were among the few commodities for which inflation rates declined.

So, what are Americans to do? Senior Democrats remain insistent that there needs to be a considerable public investment to right what’s wrong with our society. However, if they keep it up, they may make it impossible for ordinary Americans to survive.