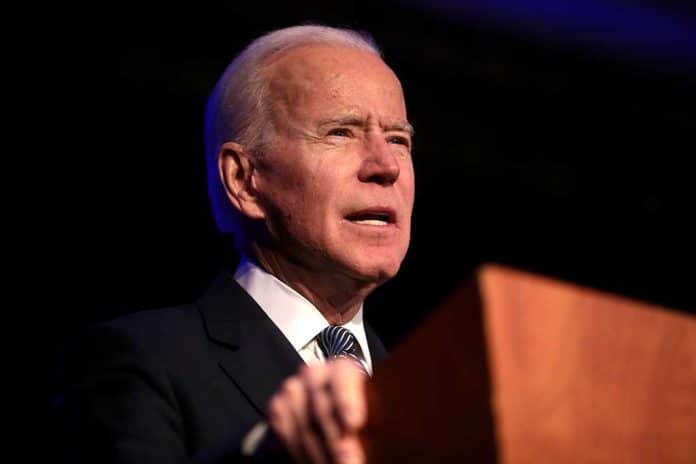 (RepublicanDaily.org) – Since President Joe Biden entered the White House, and even beforehand, major questions about his fitness for office have swirled around him. Countless gaffes and seemingly nonsensical public statements have only made things worse over the last year. However, the president himself doesn’t seem to think there’s any problem.

On Wednesday, January 19, the president held his first press conference in months. Newsmax’s James Rosen asked President Biden why a majority of voters don’t believe he’s mentally fit. Biden attempted to interrupt Rosen while he was asking the question, and eventually responded by simply saying he had “no idea.”

You can see the exchange for yourself in the video in the tweet below.

Joe Biden on why he thinks people are concerned about his mental fitness:

“I have no idea” pic.twitter.com/gHnB8Gxf98

Rosen’s question followed the release of a Politico/Morning Consult poll on Wednesday that covered the views of voters on a range of issues related to Biden’s performance. As Rosen noted before asking his question, 49% of registered voters don’t think the president is mentally fit. Even many Democratic voters have their doubts about Biden’s cognitive capabilities. The poll also revealed voters have a very poor general outlook on the president’s performance, giving him a 56% disapproval rating.

Do you think President Joe Biden is mentally fit?