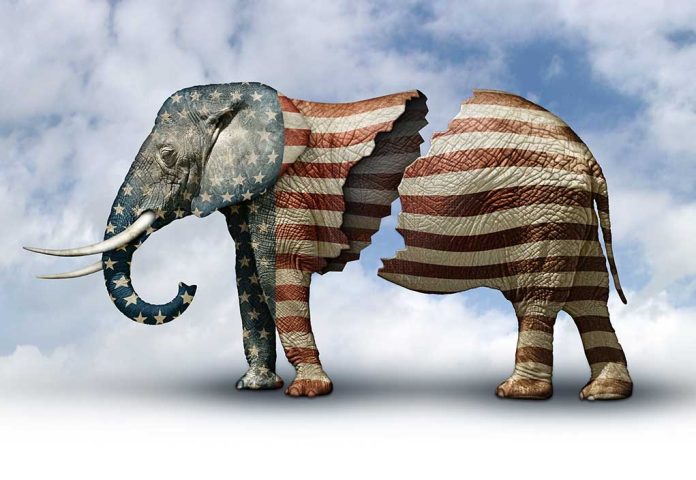 (RepublicanDaily.org) – Former President Donald Trump may remain wildly popular among GOP voters and hugely influential within the party ranks, but that’s not to say he hasn’t had his differences with the national organization. He has had public disagreements with several high-profile Republicans after dismissing his concerns about election fraud, including Senate Minority Leader Mitch McConnell (R-KY). Now, this dispute has bubbled to the surface once again.

On Monday, July 12, Jenna Ellis, who worked as a legal adviser on Trump’s 2020 reelection campaign, announced she was leaving the Republican Party in protest. Her statement followed a leaked email from a Republican National Committee (RNC) lawyer criticizing Ellis’s attempts to challenge the election results. Ellis claims she won’t return to the GOP unless RNC Chairwoman Ronna McDaniel and other senior members resign.

Trump’s former attorney also alleged the RNC failed to hand over the $220 million it raised in aid of the election lawsuits, claiming Trump’s legal team never saw the money. Ellis further stated that McDaniel is blurring the truth around this issue and refusing to answer questions about it.

Jenna Ellis says she is leaving the Republican Party as a MAGA rebellion led by Rudy, Ellis, Seb Gorka and many others is underweigh demanding that Ronna McDaniel resign, after a story broke that none of the $220 million raised for post election lawsuits was used to defend Trump. pic.twitter.com/hCAzLtVT37

This episode indicates there’s ongoing bad blood between Trump supporters and the RNC. However, considering the esteemed position the former president holds within the Republican Party, the national party may need to rethink how they treat some of the former president’s closest allies.