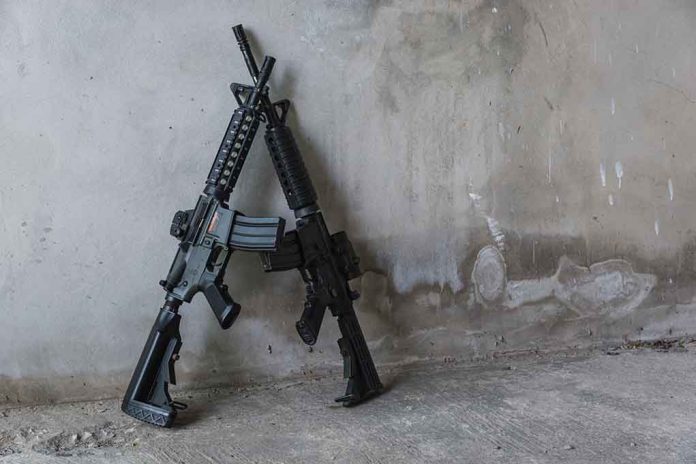 (RepublicanDaily.org) – Israel and Palestine have been at war, on and off, for decades. Though many Western countries have sided with Palestine, the United States has remained a close ally and supporter of Israel. A recent event shows exactly how nefarious the Palestinian war effort can be, and how resolute Israelis have remained in the face of it.

On Sunday, May 8, an Israeli man shot and fatally wounded a suspected Palestinian terrorist outside his home near the West Bank settlement of Tekoa. According to the report, Yair Maimon was drinking tea with his wife and children on the balcony of their residence when he spotted an armed individual attempting to climb over the security fence.

#WATCH: Relaxing on His Porch, Israeli Spies Palestinian Terrorist and Shoots Him Dead with M16-and the good guys are still alive and well in Israel! https://t.co/HtLwzwMSaD

Maimon related that he tried to get the individual to identify himself at first. The man mumbled in response, at which point Maimon knew he was dealing with a terrorist attack. After he rushed his partner and their children to safety inside the home, he grabbed an M16 rifle and shot the Palestinian several times. One of Maimon’s children captured the entire exchange on her cell phone.

While this was taking place, a similar attack was unfolding near the Damascus Gate in Jerusalem. There, a Palestinian aggressor stabbed an Israeli Border Police officer.