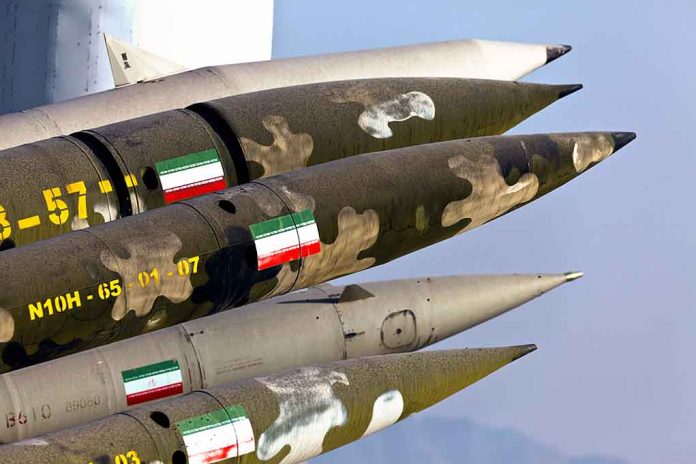 Satellite Photos Were RIGHT About Iran – What Are They Planning?!

(RepublicanDaily.org) – Iran’s nuclear program has been a source of grave concern for Western leaders for some time. Since former President Donald Trump withdrew from the Obama-era Iranian nuclear deal in 2018 and re-imposed heavy sanctions on the Islamic nation, there has been fierce debate over how best to manage the nuclear risk Iran poses. Now, it looks like the rogue nation is ramping up its missile testing efforts.

On Wednesday, June 15, Iran admitted it was planning two tests of a new rocket that uses solid fuel. This acknowledgment follows the emergence of satellite imagery showing activity at a launch pad in the Iranian desert that the country’s military previously used as a testing site. A rocket sitting on a transporter was visible in one image from Tuesday afternoon, and the rocket appeared to be on the tower in an image from later the same day.

"Iran has acknowledged it plans two tests for its new solid-fueled rocket after satellite photos showed preparations at a desert launch pad previously used in the program."https://t.co/SubmngEbUS

According to a representative of Iran’s defense ministry, the two upcoming tests follow a previous test of the same rocket. It’s not yet clear when these next launches will take place.

Iran has sent several satellites into space over the last decade, though most of its recent experiments of this nature ended in failure. The ongoing missile tests are likely to inflame international tensions around Iran even further; Iran’s regional rival Israel will be particularly concerned, with Israeli leaders sounding the alarm over Iran’s nuclear program several times in the past.

Do you think it’s time for the Biden administration and other Western leaders to take more definitive action to put a stop to Iran’s nuclear program?