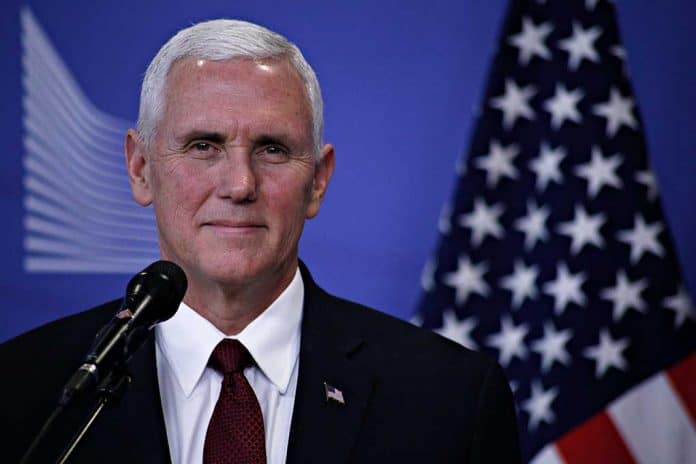 (RepublicanDaily.org) – The Republican nomination for the presidential race in 2024 is already throwing up some interesting discussions. The evidence suggests former President Donald Trump is a clear frontrunner. Earlier this month, a Harvard CAPS-Harris Poll survey showed 47% of registered Republican and independent voters would back him in a primary, putting him well ahead of his closest rivals. If Trump chooses not to run, though, his former vice president could be the man to benefit.

Former White House Communications Director Alyssa Farah recently said she believes former Vice President Mike Pence would run against Donald Trump for the nomination. She reasoned Pence was “uniquely positioned” to stage a bid for the White House and that he might succeed in picking up votes Trump lost in the last election.

Farah acknowledged, however, that Pence would encounter significant pushback from Trump’s supporter base. She mentioned the “Hang Mike Pence” contingent, a reference to the group of Trump supporters who chanted that slogan following last year’s disputed election.

Farah also said people like Florida Gov. Ron DeSantis (R) and Trump-era Secretary of State Mike Pompeo were also likely considering bids for the nomination. She said despite the assumption of many that other Republicans would get out of Trump’s way, there was a lot of potential for them to run successful campaigns.