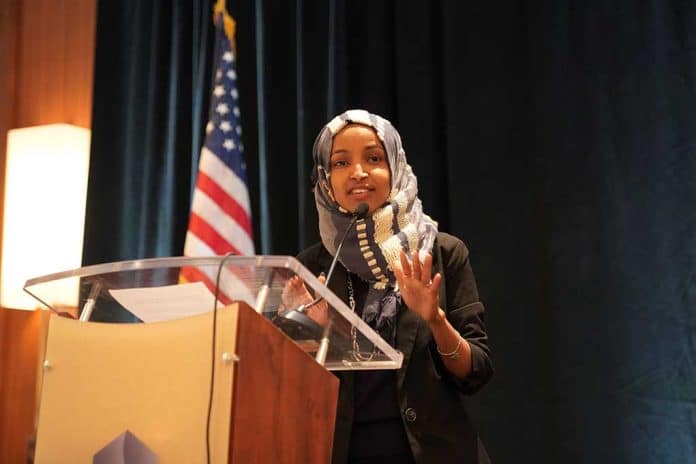 (RepublicanDaily.org) – President Joe Biden has already created plenty of controversies regarding oil pipelines. One of his first actions from the White House was to halt progress on the Keystone XL pipeline to make the United States more carbon-neutral. Now, one Democratic congresswoman wants him to do it again.

Rep. Ilhan Omar (D-MN), along with other members of “The Squad,” is appealing to Biden to put the brakes on the construction of the Enbridge Energy Line 3 oil replacement pipeline. Omar claims the project will worsen climate change and negatively impact Native American communities in the region. Rep. Cori Bush (D-MO) has also aired concerns that the project will cause pollution in the pipeline areas.

The Line 3 pipeline will impact more than a 1,000 acres of wetlands. Enbridge wants to prioritize corporate profits over the future of our planet. We’re standing in solidarity with Indigenous leaders to stop Line 3. Watch live: https://t.co/Vn0emDbSt9

However, the Democrats are facing stiff opposition from Republicans. Conservatives point out the project is almost complete, and its continuation is keeping construction workers in jobs. Rep. Pete Stauber (R-MN) has vowed to fight The Squad if they pursue this campaign. The pipeline is also replacing a current line that is old and cracked, creating an actual environmental danger.

Enbridge, the company that owns the pipeline, has pointed out the increased capacity that would be available with a renovated system. It would help to address the persistent energy demand currently seen in the US. It’s unclear whether Biden is going to step in.