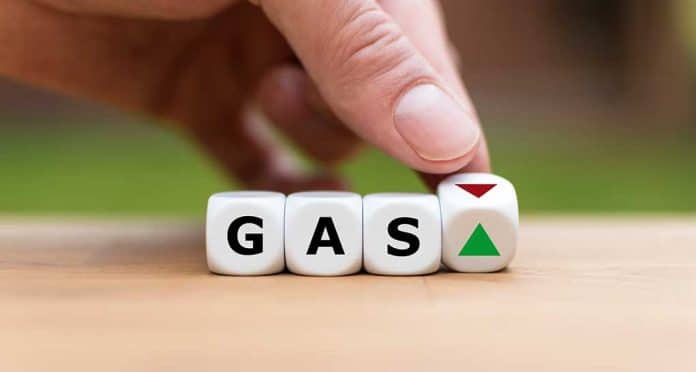 (RepublicanDaily.org) – America has seen a lot of volatility in gas prices this year, with sharp increases throughout the first half of 2021 and beyond. Considering over 98% of drivers still use gas-powered cars, that adds up to a considerable hit on the finances of the average American. Unfortunately, due to Hurricane Ida, it looks like this trend will continue.

The devastating storm made landfall in Louisiana over the weekend. The Pelican State is a massive producer of energy for the rest of the United States. By Monday, 9 oil refineries, accounting for 13% of the nation’s overall oil production, had limited output to some degree. The effect on gas prices will depend on how quickly producers can return to normal output levels following the storm.

All 11 rigs in the Gulf of Mexico have been evacuated, & a total of 1.7 million barrels of daily oil production has been halted as they weather the storm. pic.twitter.com/AMIac1UuaU

Ida isn’t the only problem facing the oil and gas industries here. President Joe Biden appealed to OPEC last month to increase crude oil production to curb gas price increases. The group of 13 oil-producing countries, which the US is not a part of, has increased production. However, it is still well below pre-pandemic levels.

Experts believe gas will rise. However, they don’t think it is going to go up too much. The expectation is it will increase about 3 to 5 cents per gallon. Of course, that could change if recovery is slow or another storm strikes. Right now, Americans will have to prepare for the worst and hope for the best.