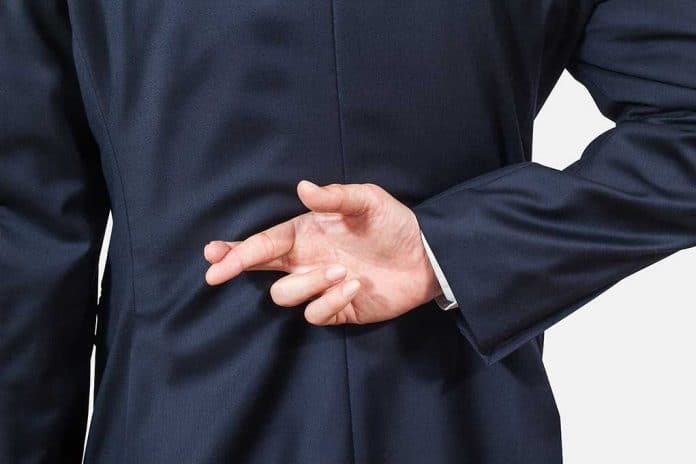 (RepublicanDaily.org) – Hunter Biden is the gift that keeps on giving, at least if you’re a conservative media commentator. President Joe Biden’s son has given right-wing media outlets nearly as much fodder as his father over the last six months. Given the president’s spotty record on border security, gas prices, international relations, and more, that is truly saying something.

The latest scandal involving Hunter Biden centers around his artwork. Having previously spoken about how painting kept him from engaging in destructive behaviors, Biden is now putting a collection of his work up for auction. Each piece is expected to fetch between $75,000 and $500,000.

In what has been billed as an effort to uphold ethics concerning the auction, the White House has arranged for bidding to be carried out in secret. Not even Hunter will know who bids on or buys his work. However, experts are pointing out that this could do more harm than good.

Walter Shaub headed up the Office of Government Ethics from 2013-2017. He noted that this arrangement means the public won’t get to see who purchased the art. But, of course, there’s nothing stopping buyers from telling Hunter or administration officials they made a purchase. Some are concerned this could influence the president’s treatment of those buyers in the future.

Why Isn’t Hunter Biden Treated Like the Trump Children?

Of course, this isn’t the first time questions have arisen regarding Hunter’s private interests and potential conflicts of interest involving his father. For example, many commentators have noted the alleged impropriety of then-Vice President Joe Biden’s activities in Ukraine while his son was on the board of Burisma Holdings, an energy company in the country.

These commentators did not get to say their piece in the mainstream media, though. Major liberal outlets have never looked too closely at Hunter but were always keen to question Donald Trump’s children’s activities while he was in the White House.

In 2018, there was a media frenzy over the fact Trump’s daughter Ivanka had obtained a series of trademarks from Chinese officials for companies she owned. Commentators decried the apparent conflict of interest at play and used what happened as a weapon against Trump.

There was also frequent criticism of Ivanka’s husband, Jared Kushner, who Trump appointed as a senior adviser in 2017. Kushner has a wealth of experience in the world of business, including in the real estate and publishing industries.

So, appointing one’s highly capable son-in-law as an adviser is unacceptable, but allowing scandal-prone Hunter to profit from the presidential surname by selling paintings is OK?