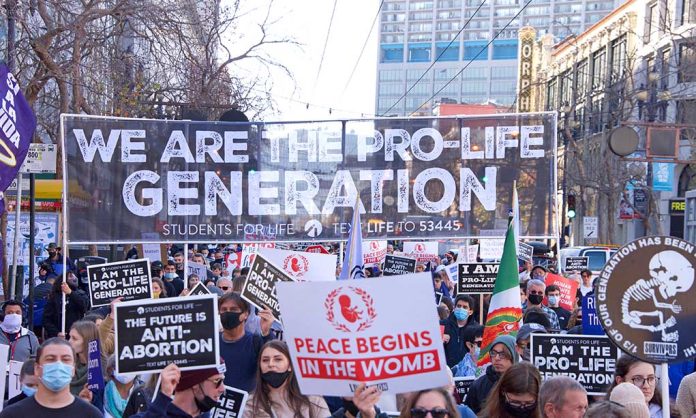 (RepublicanDaily.org) – Since Republican appointees gained a 6-3 majority on the US Supreme Court bench, GOP-led states have been taking the opportunity to pass legislation restricting abortion. Last year, Texas passed a new law banning most abortions; despite fierce opposition from the pro-choice lobby and various legal challenges, the rule remains in force. Now, Kentucky looks set to go even further.

The law doesn’t directly prohibit the practice of fetal termination, at least not before 15 weeks of pregnancy. Instead, it imposes an array of new requirements providers must satisfy to stay in operation. For example, it requires that abortion clinics do not treat fetal remains as medical waste, but instead carry out proper funeral services in conjunction with a funeral home. For now, providers say they simply aren’t prepared to meet some requirements, meaning they will not be offering services for the time being. Because lawmakers penned the bill as emergency legislation, it takes immediate effect.

Kentucky may be the first state to impose these kinds of rules, but there’s a good chance it won’t be the last. Mississippi has also attempted to pass legislation of this nature, and the US Supreme Court is currently in the process of deciding on its constitutionality.

As you might expect, Kentucky’s new law has divided opinion sharply. According to a report from ABC News, abortion rights groups launched challenges to the bill as soon as it passed into law. Pro-choice advocates have filed two separate lawsuits in Louisville’s federal court requesting a pause on the implementation of the law while further litigation proceeds.

However, Conservatives are prepared to fight to defend the legislation. Kentucky Attorney General Daniel Cameron, a Republican, released a statement saying he had a clear mandate to oppose the lawsuits challenging this bill.

These events are part of a broader division in the United States in terms of abortion rights. Leaders in many Democratic-run cities and states across the nation are pushing to expand access to the services. If this situation persists, we could end up with a major state-to-state disparity in terms of the laws around the practice.

Do you think the US Supreme Court or Congress might end up adjusting the legal situation around abortion at the federal level? Or will states end up with more freedom to decide on their own rules?