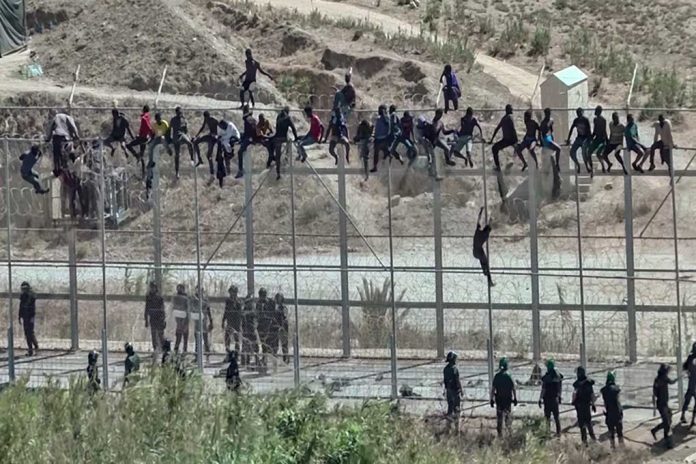 (RepublicanDaily.org) – President Joe Biden has been in office for well over a year now. During that time he has consistently failed to offer any viable solution to the disastrous immigration problems at the border. GOP leaders have increasingly been taking matters into their own hands, and now they’re trying to do so again.

On Tuesday, April 19, the office of Arizona Governor Doug Ducey (R) released a statement announcing the establishment of a new strike force aimed at securing the southern border from crossings by undocumented migrants. The team includes Republican Governors Doug Ducey and Greg Abbott of Texas, along with 25 others.

Returned to Douglas this morning to meet with border officials, local law enforcement and community leaders to discuss the border crisis. What we saw today made clear: the border crisis has gotten dramatically worse with no help from the Biden administration. 1/ pic.twitter.com/89LF1NSyrS

The statement slammed the Biden administration, saying it was failing to effectively address the rampant migration problems facing America’s southern border. It highlighted the recent report from US Customs and Border Patrol (CBP) that revealed migrant crossings were at their highest level in the last two decades.

The statement further revealed the strike force will take direction from a project launched by Governor Ducey in 2015, called the Arizona Border Strike Force. The plan has reportedly succeeded in apprehending smugglers carrying hundreds of pounds of heroin and fentanyl, over 1,700 pounds of cocaine, and over 13,000 pounds of meth.

Do you think this is the right move?