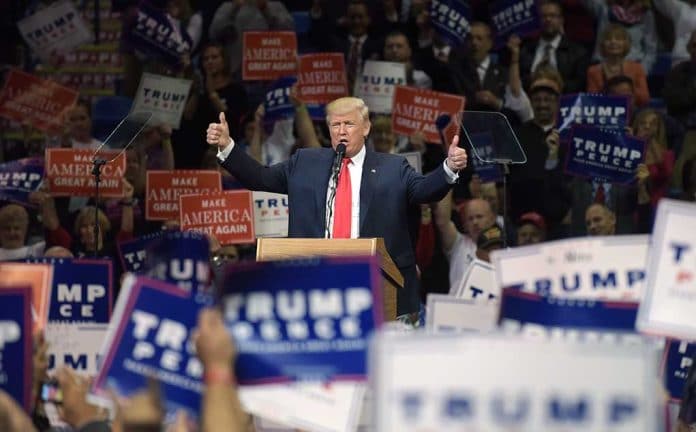 (RepublicanDaily.org) – Former President Donald Trump is a huge asset to the GOP in a number of ways. His profile keeps many Conservatives loyal to the party, and his backing can make a huge difference to Republican election candidates.

As it turns out, he’s also important for the party’s balance sheet. On Thursday, May 20, Politico posted an article describing Trump as the GOP’s “cash cow.” It outlines how the 45th president has featured heavily in the RNC’s fundraising efforts of late. His name has appeared in 97 emails since mid-January, which is 40% of all the messages sent out in that period of time.

The reason for this isn’t difficult to understand. As GOP Chair Ronna McDaniel points out in the tweet below, the country was clearly better off before the keys to the Oval Office changed hands.

Thanks to policies from President Trump and Republicans, the economy was roaring back and a vaccine was being robustly distributed.

Now Biden is squandering the recovery he inherited.

Donald Trump’s intentions with regard to the next presidential race in 2024 are not yet clear. What is obvious is that he’ll have a huge part to play in upcoming elections, whether he runs in them or not.