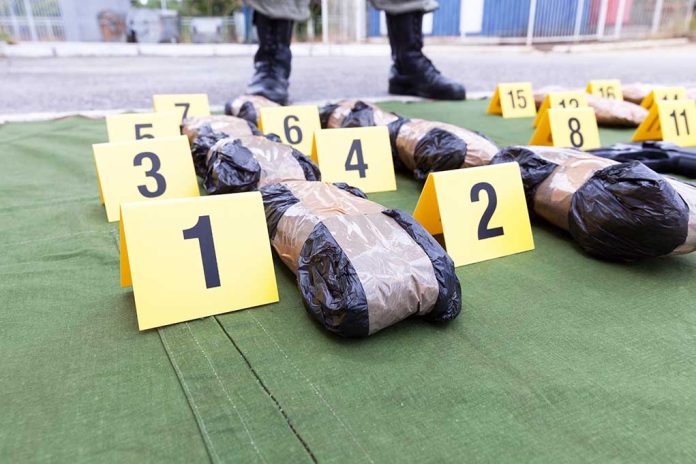 (RepublicanDaily.org) – As the Mexican drug cartels ramp up their use of violence against the country’s struggling security forces, a US legislator is calling for American military intervention to cut the criminal gangs down to size. Representative Mike Waltz (R-FL) says Pentagon assets can help the fight against the illegal narcotics trade. However, other lawmakers fear this could be a path to escalation and a bloody, drawn-out war on our own doorstep.

On January 5, Mexican security forces arrested Ovidio Guzman, the son of drug kingpin Joaquin “El Chapo” Guzman. It was technically a law enforcement operation, but turned into something more like a war. By the time the eruption of violence ended, 10 Mexican soldiers, a policeman and 19 members of the Sinaloa drug cartel were dead. Mexican Army helicopters had attacked a convoy of cartel vehicles — which fired back with heavy weapons, shooting down two Blackhawks. Cartel gunmen attacked the Culiacan city airport in an attempt to prevent authorities from extracting Guzman. In the end, Guzman was flown to Mexico City in a military helicopter, but the cost in lives and damage was staggering.

When the arrest of a drug dealer needs troops and air support, it’s obvious the Mexican government has lost control, and the cartels are now openly challenging its authority. That risks the emergence of a failed state controlled by narcoterrorists on our southern border. To prevent that, Rep. Waltz says he and Rep. Dan Crenshaw (R-TX) plan to introduce legislation to authorize military force against the cartels.

No Boots on the Ground

Waltz says he doesn’t want to see US troops on the ground in Mexico, but he believes the Pentagon could use “cyber, drones, intelligence assets, naval assets” to attack the cartels and give Mexico a chance to bring the situation back under control. Waltz and Crenshaw, who are both special operations veterans — Waltz in US Army Special Forces and Crenshaw in the Navy SEALs — believe the cartels are now effectively at war with the US, and cite the more than 100,000 Americans who die of drug overdoses every year as the casualties of the war.

To Waltz and Crenshaw, the threat posed by the cartels justifies congressional authorization for the use of military force (AUMF). In reality, an AUMF can quickly become complicated. It isn’t a declaration of war — something only Congress can authorize — but it does give the president a lot of freedom to act. AUMFs can also be exploited by presidents to widen the scope of military action far beyond what Congress intended. For example, a 2001 AUMF in response to the 9/11 attacks led to 21 years of war in multiple countries.

If Waltz and Crenshaw get their way, we could be looking at decades more conflict — and, this time, it would be right on our own doorstep.