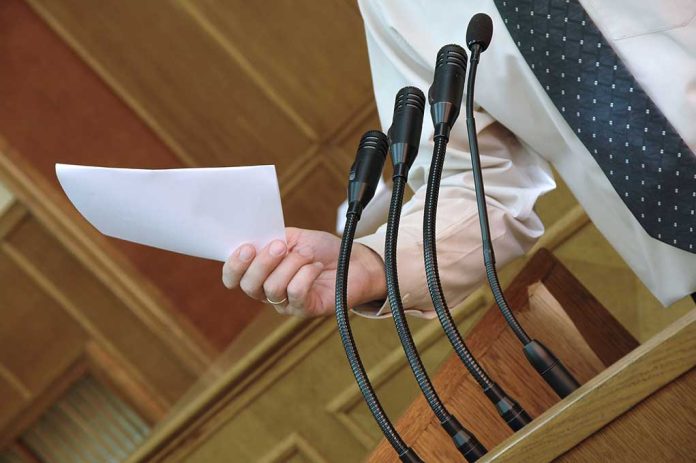 JD Vance Brings It in Final Debate Against Tim Ryan

(RepublicanDaily.org) – Republican Ohio US Senate candidate JD Vance first rose to prominence as the author of “Hillbilly Elegy,” an autobiography documenting his difficult upbringing in Kentucky and Ohio, and his victory over adversity to become a law school graduate. He’s now running for Senate with the endorsement of former President Donald Trump, and he just had an explosive final debate against his Democratic opponent, Rep. Tim Ryan (D-OH).

The Republican questioned how candidates like his opponent expected to fix America’s inflation problem with their continued backing of expensive tax-and-spend measures like the Inflation Reduction Act. Vance took issue in particular with the massive IRS expansion proposed under the legislation, and with Ryan’s lengthy history of backing tax increases for ordinary citizens.

"You've voted to raise taxes by $6.7 trillion – 113 times – and just a few weeks ago in the Inflation Reduction Act itself. It raises taxes by $20B on working people in this state and in this country and sicks 87K IRS agents to go after them." – @JDVance1 #OHSenDebate pic.twitter.com/ttDBKxrhby

Vance highlighted how closely Ryan, regarded as a firm centrist, has followed the lead of President Joe Biden and his administration. Given the president’s consistent lagging popularity over the last year, this is a strategy that could play well with independent voters.

Despite an assured performance in the last debate, Vance still faces an uncertain future heading into election day. Polling averages calculated by FiveThirtyEight indicate the Republican has only a razor-thin advantage at present.

Who do you think will emerge victorious in this race?