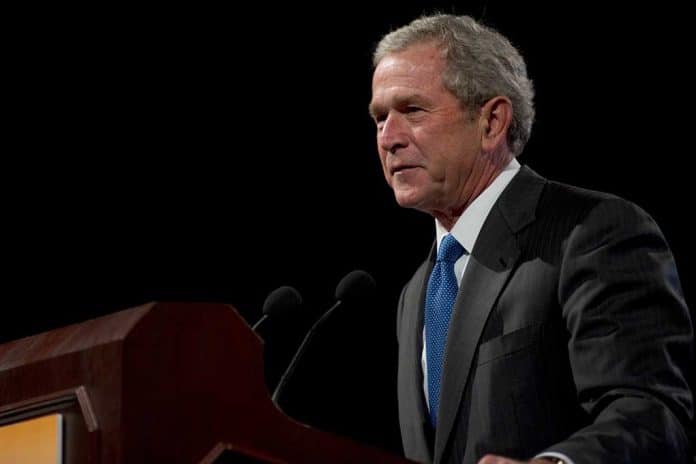 (RepublicanDaily.org) – In the wake of the September 11 attacks, then-President George W. Bush decided to invade Afghanistan. Twenty years on, current President Joe Biden oversees the withdrawal from the deeply troubled nation, and the situation is a disaster. Bush is now appealing to Biden to help the Afghan refugees who will have to flee the country.

On Monday, August 16, former President Bush, with his wife Laura, released a statement about Afghanistan. They expressed their “deep sadness” over the scenes unfolding in Afghanistan. The pair pleaded with the Biden administration to “cut the red tape” concerning evacuating those in danger.

The former first couple believes those who worked to change Afghanistan for the better are at the highest risk level.

President and Mrs. @laurawbush have released a statement on Afghanistan. Read it here: https://t.co/GJO1CGZHpC

It appears President Biden intends to follow Bush’s advice. On Tuesday, the White House announced a $500-million emergency fund for costs associated with this new wave of refugees. The president additionally sent 6,000 American troops to evacuate thousands of special immigration visa (SIV) applicants from Afghanistan in the coming days.

Some critics have questioned whether this is a wise move. However, former President Donald Trump is not among them. He’s on the same page as Bush and believes that Afghans who provided aid to US forces during the war should get the chance to “seek refuge.”