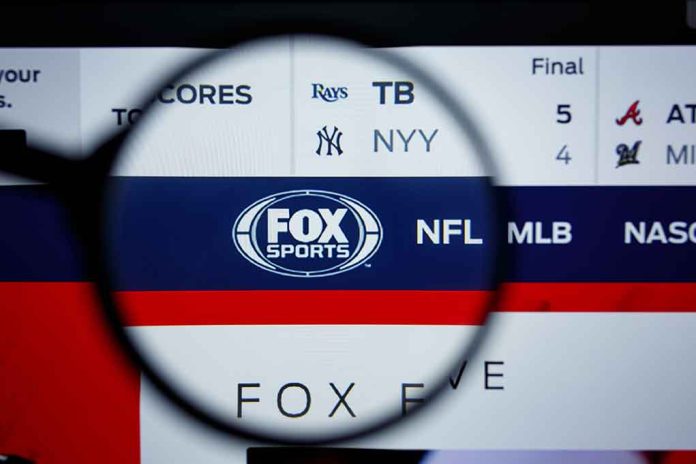 (RepublicanDaily.org) – The terrorist attacks on New York City’s Twin Towers on September 11, 2001 were arguably the most prominent event in our nation’s modern history. They affected thousands of families directly, and had broader societal effects that will be keenly felt for generations to come. Despite that, Fox Sports recently made a serious blunder by superimposing baseball team logos over the site where the iconic towers once stood.

The channel showed the crests of the Boston Red Sox and New York Yankees as part of an aerial shot of New York City during coverage of the game on Saturday, July 16. The images were positioned directly on top of the reflecting pools that replaced the Twin Towers after the attacks.

Backlash over the ill-advised broadcast came swiftly. Tweets like the one below came in from individuals in the worlds of sport, politics, and media. Some comments questioned whether producers had intended to use Ground Zero as the background for the graphic or simply made an unfortunate error in doing so.

Can someone tell ⁦@FOXSports⁩ never to do this again? Beyond offensive. pic.twitter.com/Jf7D8DXLKf

The Daily Beast published a statement from Fox Sports the following day apologizing for what happened. It said the station had used “poor judgment” in putting up the graphic and apologized, saying it “[regretted] the decision.”

Do you think this apology is sufficient?