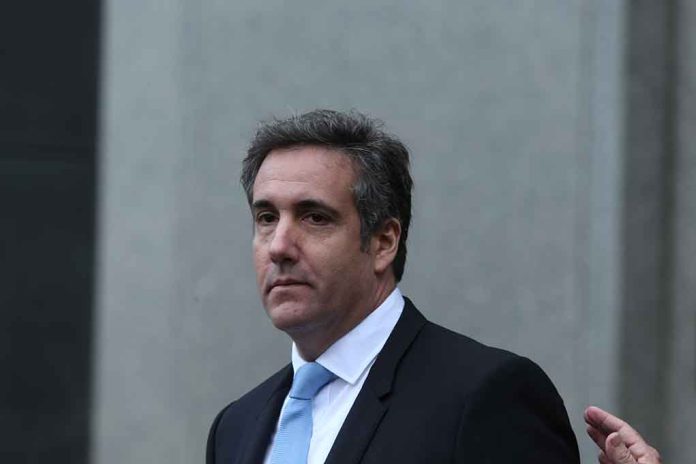 Michael Cohen Fears for His Life After Betraying Trump

(RepublicanDaily.org) – President Trump’s former lawyer, Michael Cohen, isn’t looking forward to his old boss potentially ending up back in the White House. Cohen claims that if former President Donald Trump manages to get re-elected, he’ll be worried about his personal safety — but the two were allies for years. Why is the lawyer making such alarming claims now?

Who Is Michael Cohen?

Michael Dean Cohen is a 56-year-old attorney from Long Island. Politically, he can’t seem to make up his mind; in 1988, he worked for Democrat presidential candidate Michael Dukakis’ campaign, but in 2003, he ran for the New York City Council as a Republican (and failed). Around the same time, he became an admirer of Donald Trump, and was hired by the Trump Organization in 2006. From then until 2018, he worked for Trump, eventually becoming his personal attorney where he defended him from various allegations before and during his first two years in the White House.

In August 2018, Cohen pled guilty to eight offenses, including tax fraud and campaign finance violations. He was sentenced to three years and disbarred from practicing law. Since then, he’s become increasingly hostile to Trump. During the Russia collusion probe and his own trial, Cohen claimed Trump had known his son Donald Jr planned to meet Russians who claimed to have damaging information about Hillary Clinton. He also secretly recorded private discussions with Trump — recordings that were then seized by investigators.

In September 2020, Cohen published an autobiography titled “Disloyal,” containing a series of attacks on Trump. Completely contradicting what he’d been saying three years earlier, Cohen claimed Trump is “a cheat, a mobster, a liar, a fraud, a bully, a racist, a predator, a con man.”

It’s safe to say Trump and Cohen aren’t allies anymore, but what’s the disgraced lawyer so worried about? Cohen claims that if Trump is re-elected, he fears Americans will “see like what you see in Russia right now,” referencing a series of suspicious deaths among Russia’s top businessmen. He said Trump has “a very long list of — we’ll call it an enemies list,” and that he’s convinced he’s on it.

Cohen is now claiming he’s “never been a Republican,” despite claiming on March 9, 2017, that he’s rejoined the party. Is he claiming a cover-up, or suggesting that despite having publicly announced his move to the GOP in 2017, he never really adopted conservative ideas? Either way, there’s not much chance of Trump forgiving him anytime soon.