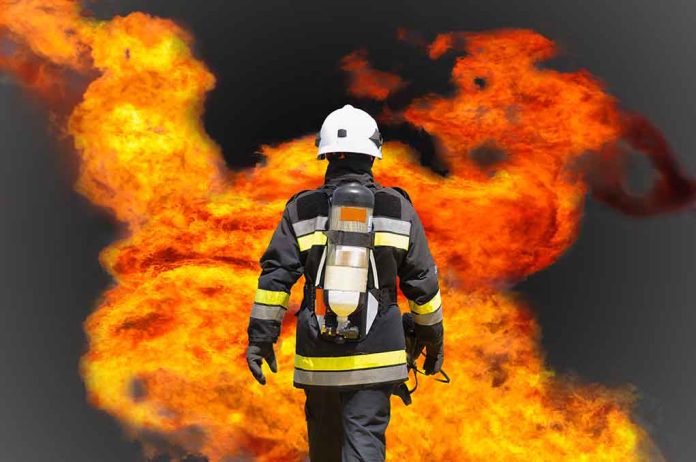 (RepublicanDaily.org) – Police officers put their safety on the line every single day — sadly, many end up making the ultimate sacrifice in brave efforts to protect the lives of innocents. That’s what happened in the case of 29-year-old Detective Cesar “Echy” Echaverry, who died after sustaining a gunshot wound to the head during an engagement with an armed robbery suspect. Following the Miami-based officer’s passing, a firefighter working in the area lost his job for making disparaging remarks about him on WhatsApp.

Kevin Newcomb of the Miami Department of Fire Rescue reportedly criticized American police in general on a WhatsApp rant, stating Det. Echaverry was just “another dead cop.” Newcomb stated the deceased officer was likely “against gun control.” He also referred to the inadequate police response to “that school shooting,” an apparent reference to the mass murder that took place at Robb Elementary School in Uvalde, Texas, earlier this year. In another statement, he said many law enforcement officials who died during the COVID-19 pandemic were “too stupid to wear masks or get vaccinated.”

Without releasing the name of the individual involved, Fire Chief Joseph Zahralban revealed his department had “terminated the employment” of a fire officer over comments on social media. The statement claimed the remarks displayed “a violent and antagonistic stance” and were not acceptable conduct coming from a fire department employee.

A firefighter in Miami was fired last week for mocking the murder of a police officer in a post which read “who cares another dead cop” after the officer was killed in the line of duty pic.twitter.com/PB68Oi1A26

Do you think Newcomb’s firing was fair?