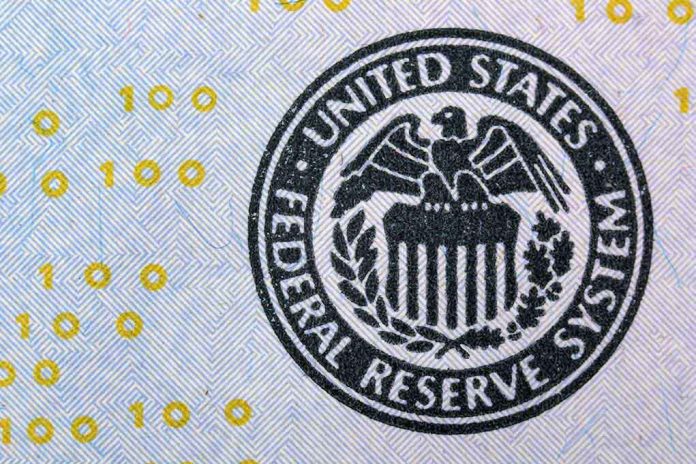 (RepublicanDaily.org) – Inflation has become the main talking point amongst a struggling United States economy. Prices are skyrocketing because of a number of factors, including Russia’s invasion of Ukraine and massive government spending during the COVID-19 pandemic. Now, the Federal Reserve is expected to once again raise interest rates in an effort to reverse this trend.

According to a report from the Wall Street Journal, officials at the Fed may choose to boost interest rates by 75 basis points (0.75%) after meetings this week. Previous reports suggested the Fed was considering hiking interest rates by 50 basis points and repeating this increase again next month. However, because inflation has remained at worryingly high levels, a bigger rate hike is now reportedly on the table.

The latest pickups in consumer prices and inflation expectations will probably spur Fed officials to consider a 75 basis-point interest-rate hike this week, its biggest since 1994 https://t.co/BxKWxpKlBA

If the Fed does elect to impose a hike of that size, it would be the largest single rate increase since the second year of former President Bill Clinton’s time in the White House.

Higher interest rates make it more expensive to borrow money and more lucrative to save. In theory, this dynamic should reduce consumer spending and cool off price increases. Fed Chair Jerome Powell stated he will consider aggressive rate increases for as long as inflation rates remain problematic.

Do you think hiking up interest rates at this time is a good idea? How do you think it will affect the American people?