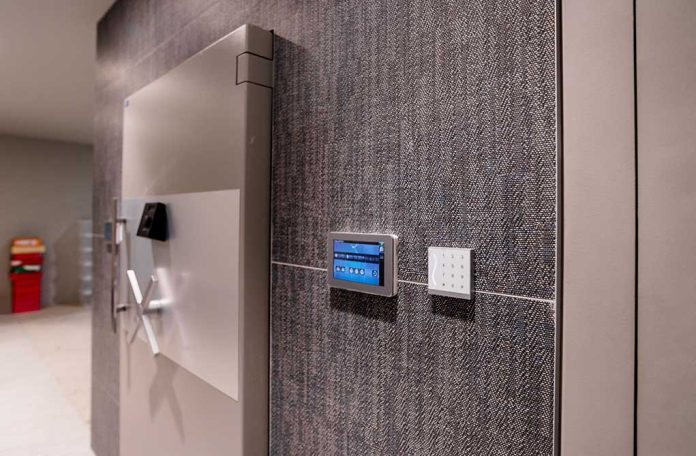 (RepublicanDaily.org) – One of the biggest international news stories currently unfolding is that of the Ghislaine Maxwell trial. The partner and facilitator of disgraced financier Jeffrey Epstein stands accused of procuring underage girls for Epstein to sexually abuse. As the trial plays out, more and more disturbing details of the convicted pedophile and Maxwell’s activities continue to emerge.

On Monday, December 6, the court heard testimony revealing FBI agents discovered a trove of nude photos of underage girls in Epstein’s New York townhouse during a raid in July 2019.

These photos are being identified as being from a CD the FBI agent reviewed from the Maxwell investigation.

Testimony ended yesterday with CDs being found during the 2019 raid on Epstein's NY townhouse, including inside his safe. pic.twitter.com/KkNITDL81e

Additionally, the operatives searching the property found a number of CDs in Epstein’s safe, one of which contained images of himself and Maxwell together. These images show how close the pair were. In one, Maxwell can be seen massaging Epstein’s feet as they travel on a plane. In another, they’re relaxing on a bench on the Balmoral Estate, which the British Royal Family owns.

The court has also heard that Epstein’s abuse generally centered around sexualized massages, which he received as often as three times a day. Maxwell stands accused of creating adverts to recruit young women for this purpose, attempting to attract candidates with promises of well-paid work in Palm Beach, Florida.