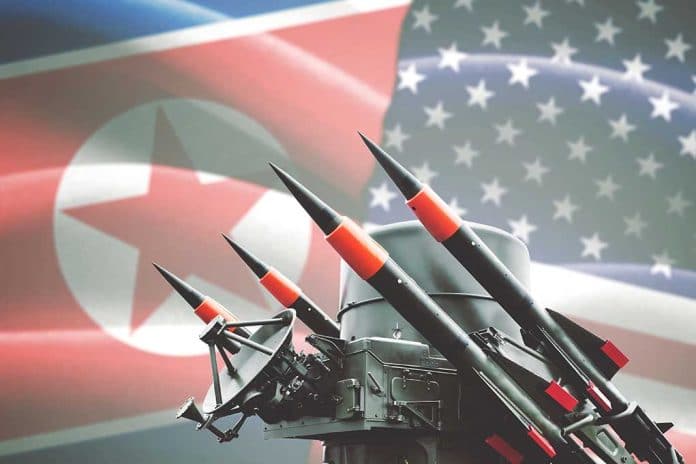 (RepublicanDaily.org) – China is quickly becoming the most worrying international threat to the safety of the United States. The Communist-led giant is constantly seeking to consolidate its power, and it explores new tools and strategies to achieve this all the time.

Though the Chinese Communist Party (CCP) tries to keep it under wraps, it appears the government has a large (and growing) arsenal of nuclear weapons at its disposal. According to a July 26 report from the Federation of American Scientists, China is currently in the process of building a second field for nuclear silos, as well as 250 of the silos themselves. They allow for the launch of intercontinental ballistic missiles (ICBM), and the completion of this project would leave China with around half the number the US has.

Experts say this represents a push by the CCP to match the nuclear capabilities of the US, potentially within the next few years. They’ve also noted these construction projects were intended to remain secret. Their discovery forces us to ask; what other kind of military development is going on in China that we don’t even know about?

American nuclear capabilities comfortably outstrip those of the communist country — at least for now. However, if other adversaries pledged their allegiance to the CCP, the US could find itself in a much-weakened position.