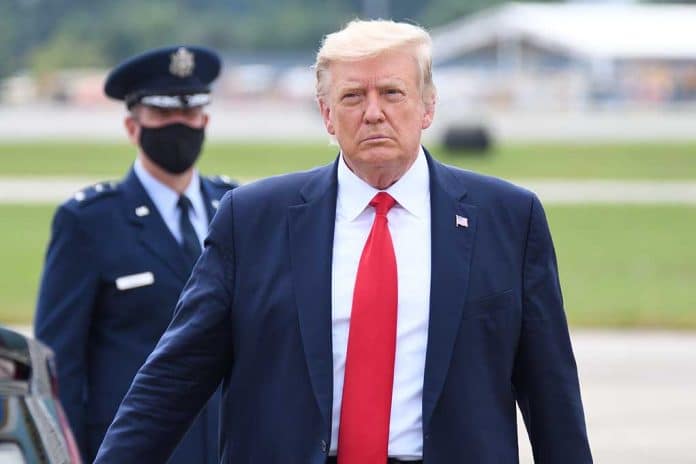 (RepublicanDaily.org) – Vice President Kamala Harris hasn’t visited the US border with Mexico since President Joe Biden assigned her the task of addressing the migrant crisis there. She just returned from a trip to Guatemala, where she implored locals not to make the trip to the US as undocumented migrants. However, it’s not clear how effective this particular strategy will be.

One man who’s not reluctant to visit the border is former President Donald Trump. On Tuesday, June 15, he issued a press release announcing he had scheduled a visit with Texas Governor Greg Abbott. The Republican invited Trump to visit the border, which the 45th president described as “an unmitigated disaster zone.”

Trump took aim at Joe Biden and Kamala Harris in his statement, accusing them of “handing… our border over to cartels, criminals, and coyotes.” He called their failure at border management “a grave and willful dereliction of duty.”

Governor Abbott has long been a loud critic of the Biden administration’s handling of border affairs. According to a recent Tweet, he much prefers a Trump-style approach when it comes to immigration.

Later this week, I will unveil our plans to build a border wall.

The Lone Star State will do what Biden REFUSES to do — protect our citizens along the southern border. pic.twitter.com/qQ7vQTDWAI

Reports indicate that Vice President Harris didn’t want the job of managing the border crisis. But, judging by the responses of Trump and Abbott, it’s clear GOP leaders would likely have a much more proactive — and successful — approach.