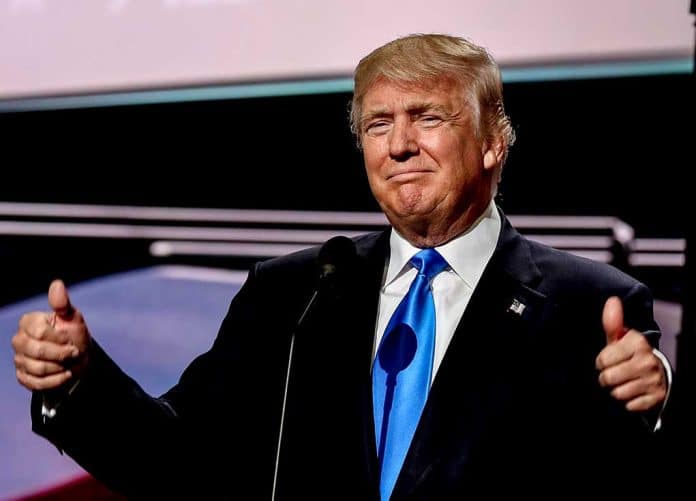 (RepublicanDaily.org) – Former President Donald Trump currently appears the clear frontrunner to take the GOP nomination going into the presidential election cycle in 2024. One potential threat to his position is popular Florida Governor Ron DeSantis (R), who hasn’t ruled out running against Trump. Rumors recently emerged that there was some friction between the pair, but the former president has now insisted these whispers have no basis in reality.

On Thursday, January 20, Trump appeared on Fox News with Sean Hannity. During the interview, the former president dismissed claims he had fallen out with DeSantis, claiming the pair were still friends.

Trump pointed out that DeSantis had recently made comments to the same effect, and blamed the media for trying to create controversy. He reminded listeners of how he helped DeSantis make it from the US House of Representatives to the governor’s mansion in Florida with his endorsement, and praised the job the governor has done in that position.

While some potential candidates for the GOP nomination in 2024 have said they won’t run against Donald Trump, DeSantis has not ruled it out. However, he’s running for re-election in Florida’s next gubernatorial race in 2022.

Do you think there is some truth to the rumors of a beef between Trump and DeSantis, or is it simply fake news?