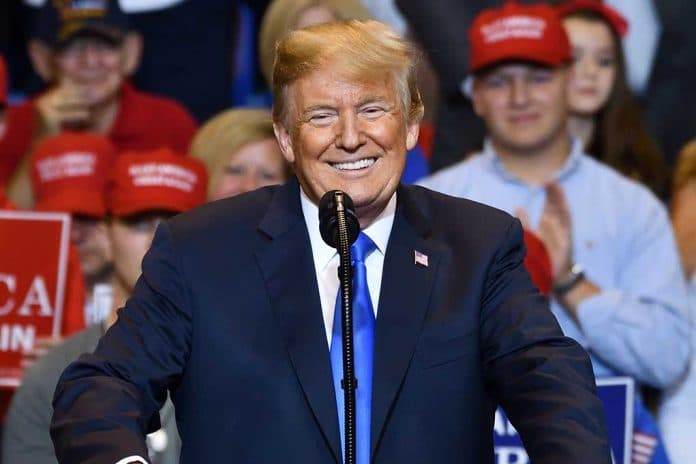 (RepublicanDaily.org) – Former President Donald Trump may be out of US politics for the moment, but it’s increasingly looking like he could be back before too long. Trump retains enormous influence within the ranks of the GOP, and opinion polls have repeatedly shown that Republican voters still think of him as the party leader. A recent survey showed the staggering extent of this trend.

Between October 8 and October 11, researchers carried out a Morning Consult/Politico national tracking poll about the social and political issues of the day. When asked who they would support in a hypothetical GOP primary for the next presidential election, respondents overwhelmingly threw their weight behind Trump. The former president got 47% of the support, with Florida Gov. Ron DeSantis (R) and former Vice President Mike Pence tying for second with 12% apiece. Donald Trump Jr. received 6%, putting him in fourth.

It's not even close. https://t.co/sg7DvRdzF5

The poll also revealed a general trend of dissatisfaction with prevailing circumstances in the US today. When asked whether things in the country were “going in the right direction,” 62% of people said they were not. Additionally, 39% of respondents said they strongly disapproved of the job President Joe Biden was doing.

Numbers like these will be very encouraging for Trump supporters and Republicans in general as the 2024 election gets closer.