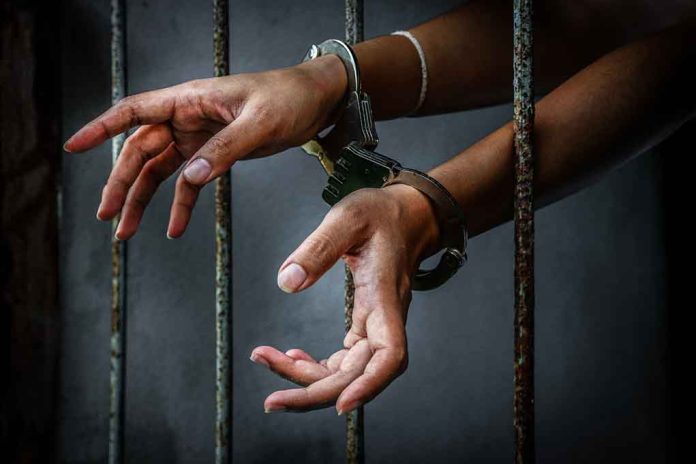 (RepublicanDaily.org) – A Democrat candidate for an Arkansas state office has been arrested and charged with a felony. Diamond Arnold-Johnson, who’s running for the post of Auditor of State, was arrested last week for threatening a judge — after her husband ended up on trial for the offense.

On October 29, the Little Rock Police Department arrested Arnold-Johnson on charges of terrorist threatening, a Class D felony. The charges relate to threatening Facebook posts aimed at a circuit court judge. Arnold-Johnson’s husband, Arick Johnson, was initially arrested for the post. At his trial in August, Arnold-Johnson finally admitted she had written the posts, and on October 13, cops issued an arrest warrant for her. However, she refused to comply, and when she was arrested last Friday, she live-streamed the event.

It’s unclear why the Democrats ever nominated Arnold-Johnson for as serious a post as Auditor. She’s been charged with multiple offenses before, including one March 2021 arrest for careless driving, possession of marijuana, fleeing and attempting to influence a public servant. The Dems are now backing away from her, with a statement from the party last Friday saying, “our Party firmly believes people must be held accountable for any criminal behavior.”

Meanwhile, Arnold-Johnson’s Republican rival, Dennis Milligan, said someone with “an active felony warrant … should not be running for office” and urged her to withdraw from the race.