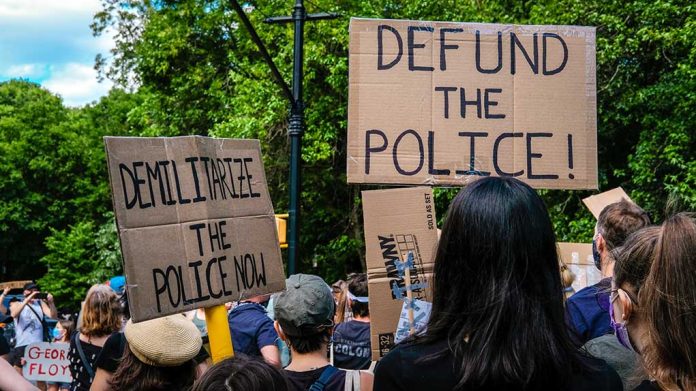 (RepublicanDaily.org) – Who came up with the idea of defunding the police? Wasn’t it was the Democrats?

It wasn't an accident. Policing in our country is inherently & intentionally racist.

Daunte Wright was met with aggression & violence. I am done with those who condone government funded murder.

No more policing, incarceration, and militarization. It can't be reformed.

According to the Biden administration, it was actually Republicans who came up with the idea of visiting financial ruin upon our country’s police units. Because no GOP lawmaker voted for Biden’s $1.9-trillion COVID-19 stimulus package, which contained $350 billion in grants- that some areas chose to invest in policing- the “Defund the Police” movement now belongs to the Conservatives.

That might sound ridiculous, but it appears to be the official line. On Monday, June 28, White House Press Secretary Jen Psaki attempted to persuade reporters of the idea after Fox News’ Peter Doocy asked her to clarify the administration’s stance on it.

Absolutely shameless. Under questioning from Fox's Peter Doocy, White House Press Secretary Jen Psaki argues it's *Republicans* who have been defunding the police and not supporting law enforcement because they didn't vote for Biden's stimulus boondoggle the American Rescue Plan. pic.twitter.com/pIwfFkonu1

Will this strategy now become a trend in Democratic politics? The next time Jen Psaki appears on our screens, will she be trying to convince citizens that the border crisis was actually the fault of the GOP rather than Joe Biden’s laissez-faire policies? Americans will have just to wait and see.