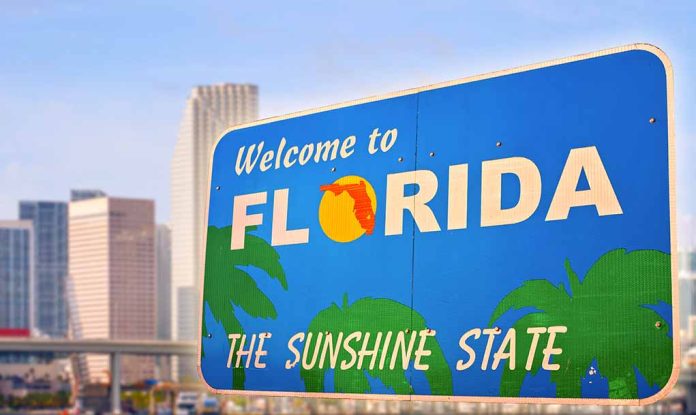 (RepublicanDaily.org) – Florida is considered the third-most influential state in the country when it comes to presidential elections, after California and Texas. It’s also the biggest swing state with 30 electoral college votes. However, new data is showing it might not be much of a battleground at all, owing to the climbing Republican voter population in the sunshine state.

On Tuesday, March 29, Fox News exclusively reported that registered Republican voters in Florida outnumbered their Democratic counterparts by over 100,000 for the first time ever. GOP voters overtook Democrats at the end of last year, and the Republican registrations have kept increasing since.

“Now, Republicans in Florida outnumber Democrats for the first time by over 100,000 voters, in both new registrants and party switches”
https://t.co/LasCtHgQip

Florida Republican Party executive director Helen Aguirre Ferré revealed that GOP registration rolls in the state have increased by a net figure of 363,000 since 2018, the year current Republican Governor Ron DeSantis took the reins. Ferré speculated that DeSantis’ various successes were the reason for this trend. In particular, she highlighted the fact that Floridians have largely not had to deal with masks, lockdowns, or school closures during the pandemic. She also mentioned the low unemployment rate in the state.

News like this is encouraging for Conservatives ahead of the midterm elections later this year. Could we see similar trends in other states over the coming months?