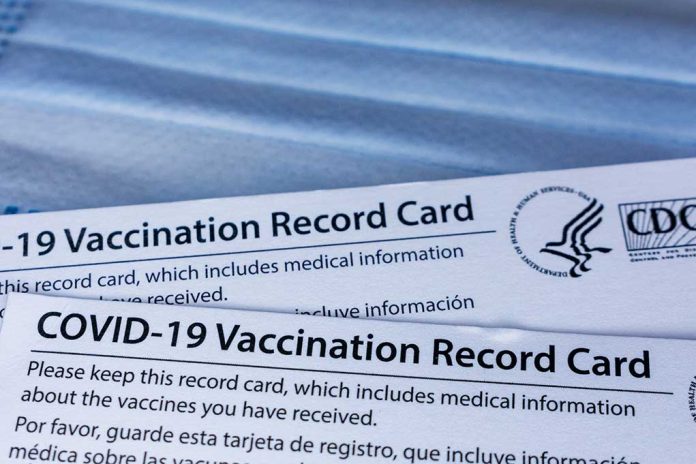 (RepublicanDaily.org) – Vaccine mandates of various kinds have been a bone of contention in the United States for some time now. President Joe Biden attempted to introduce a sweeping vaccine and testing mandate for US workers through the Occupational Safety and Health Administration (OSHA), but federal courts said it was unconstitutional. The controversy has arisen overseas too, and criminals in France have devised a way of profiting from it.

On Wednesday, January 26, French police arrested 13 people in the cities of Paris and Lyon. The individuals stand accused of hacking into a nurse’s account and making tens of thousands of bogus COVID-19 vaccination passes. The accused range in age from 22 to 29.

In addition to the nurse in question, a French insurance company connected to the situation reportedly became aware the account was compromised when it noticed it had “approved” thousands of COVID passes without proper authorization.

These arrests follow a similar story that unfolded in Lyon the previous week. In that case, a couple in the city was placed under arrest after allegedly selling over 1,000 vaccine passes in a similar way. Authorities are currently unable to say whether the two crimes are linked.

This forms part of a broader trend in France where Police have discovered around 182,000 fake passes since July 2021. That’s when the French government started requiring vaccine or recovery passes for entrance to some public spaces.