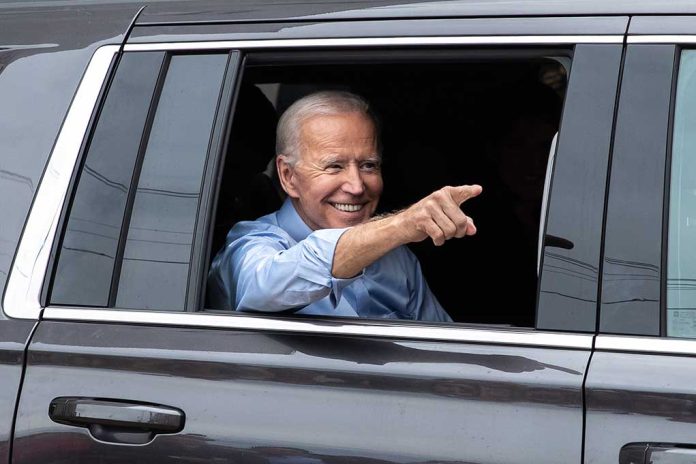 (RepublicanDaily.org) – The withdrawal of US military forces from Afghanistan is starting to go awry. On Thursday, August 12, the Pentagon sent 3,000 troops to Kabul to protect the airport and evacuate key US embassy staff and Afghan personnel. Three days later, Taliban fighters captured the Presidential Palace just hours after President Ashraf Ghani fled the country. While the withdrawal implodes, President Joe Biden is on vacation.

The president left Washington, DC, for his Delaware home on Thursday. He refused to answer questions from reporters about the crisis in Afghanistan before he left. The White House claims it’s a working vacation, but Press Secretary Jen Psaki has said Biden wouldn’t be releasing visitor logs to prove that.

Biggest foreign policy disaster of a generation. The world is watching in horror.

And the President of the United States is still in hiding.

Where is Joe Biden?
On vacation.

Brett Bruen, who served as director of global engagement under former President Barack Obama, described Biden’s response as “disappointing.” He accused the president of trying to “delegate down” responsibility for the crisis. Bruen’s accusations came after the Pentagon and State Department briefed journalists on the deployment of new troops.

In an August 15 statement, Biden failed to take accountability instead of blaming the Taliban’s strength on former President Donald Trump. He also indicated the withdrawal date wouldn’t change, saying it won’t matter how long the US remains if the Afghan military won’t fight to hold its own country. He made no mention of any plans to cut his vacation short.