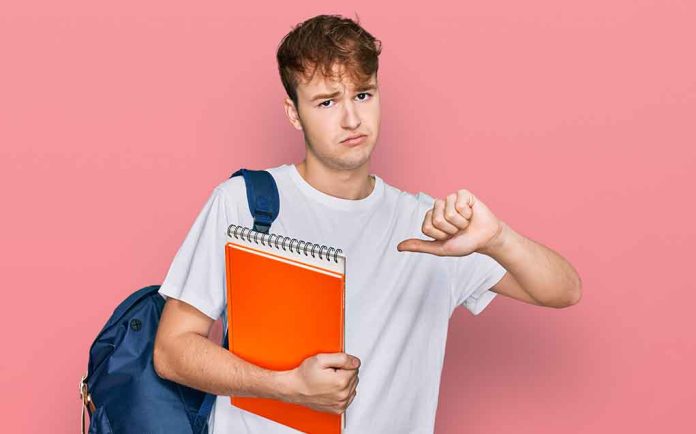 (RepublicanDaily.org) – A liberal college has put a student event on hold, after horrified alumni slammed it as racist. Of course, some people might be wondering why a college would have allowed students to plan a racist event in the first place.

Last week, Young America’s Foundation (YAF), a conservative advocacy group, revealed that students at Gettysburg College in Gettysburg, Pennsylvania, were planning an event called “Tired of white cis men?” Students were invited to “come paint and write” about their prejudices against white men, and the idea was whatever they wrote or painted would be displayed in the college’s dining hall.

News of the event didn’t go down well with some people. The college administration quickly postponed it and announced it had asked the department that organized it to “reflect on their objectives.” Several students have submitted complaints using the college’s own bias reporting system, pointing out that events aimed at stoking resentment against a group based on its race, gender, and sexual orientation violate college policy.

Alumni aren’t happy either. One said the college probably thought they could “get away with it” until YAF posted details online, and hoped the administration will “take it as a learning experience” and fight back against wokeness. Will they?