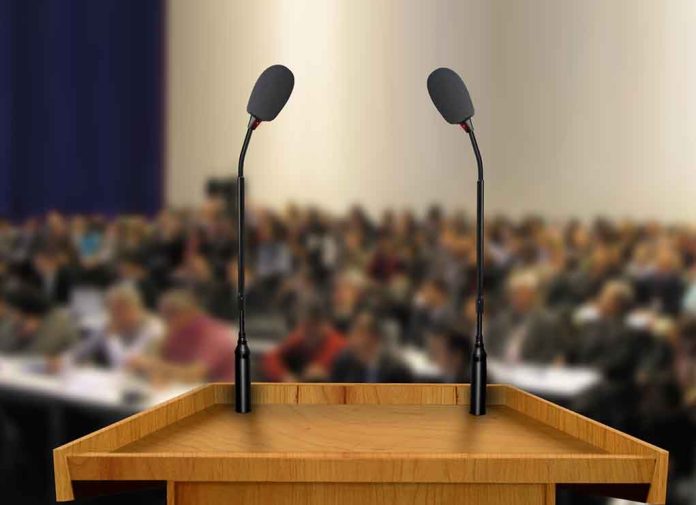 New Hampshire Candidates Square Off in Final Debate Before Midterms

(RepublicanDaily.org) – There are just a few days left until America’s voting public decides which of the major parties gets to rule the roost in Washington, DC, for the next two years. The stakes are high in every single race, as Democrats hold razor-thin margins in both chambers of Congress. One key US Senate race is taking place in New Hampshire, with incumbent Democrat Maggie Hassan taking on GOP challenger Don Bolduc. The pair squared off in a live debate at the New Hampshire Institute of Politics in Saint Anselm’s College on Wednesday, November 2.

The contenders challenged each other on a range of key issues, including reproductive rights, immigration, election security, and the economy. Bolduc is a military veteran with strong pro-life, fiscally conservative, and small-government policies. He approves of the US Supreme Court’s decision to return legislative authority over abortion rights to individual states. He has been critical of President Joe Biden’s spending policies, alleging they have been a key contributor to the spiraling inflation we’re currently seeing in the US economy. He has also campaigned on a MAGA platform, distancing himself from more mainstream party members.

Maggie Hassan has served as a senator since 2017, having previously spent four years as New Hampshire’s governor. She’s just the second woman ever to serve as both a state governor and a US senator. Hassan is a centrist; despite her party affiliation, she has opposed the liberalization of rules around illegal immigration and recreational marijuana during her time in Congress.

The race between Bolduc and Hassan is a tight one. According to a polling meta-analysis from FiveThirtyEight, the Democrat has a lead of less than three points, which is around the average margin of error on voter polls. This marks the culmination of weeks of steady improvement for the Republican since he won his primary race. Should Bolduc prevail, he would greatly increase his party’s chances of flipping the Senate.

This was the third in-person debate between Bolduc and Hassan during this election season. The Democrat sought to emphasize her credentials as a moderate by highlighting her opposition to key Biden Administration policies in areas like the military withdrawal from Afghanistan and border policy. Bolduc doubled down on his support for former President Donald Trump, but walked back previous claims that the 2020 election was won by fraud.

Bolduc went after Hassan on the topic of inflation, claiming Democratic policies were the reason behind rising prices. He also accused the Democrat of having a radical position on abortion, stating she wanted to introduce an ultra-liberal landscape in which terminations would be permissible under any circumstances.

Who do you think will emerge victorious in this crucial election battle?