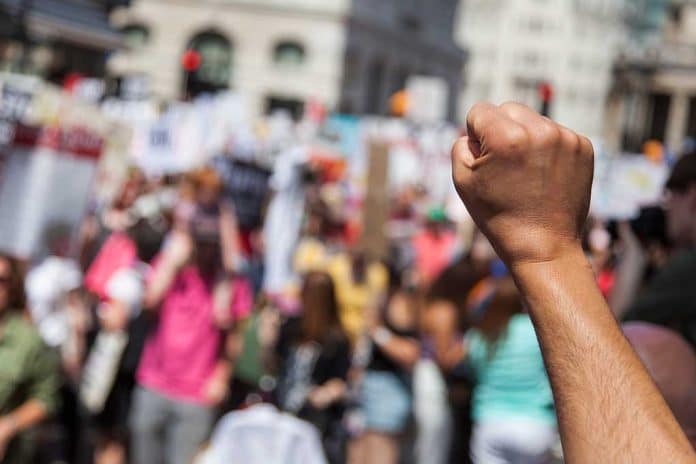 (RepublicanDaily.org) – Following the 2020 death of George Floyd in police custody in Minnesota, America found itself in the grip of violent protests against racial injustice. There were outbreaks of unrest in cities across the nation, with Charleston, South Carolina, experiencing some of the worst. Now, one of the perpetrators of this violence has received a custodial sentence for his actions.

Judge Bentley Price sentenced Abraham Jenkins, a Black Lives Matter (BLM) activist, to 18 months in prison in relation to charges of second-degree assault and battery, third-degree arson, and malicious property damage in the case of Abraham Jenkins. Jenkins set fire to a police vehicle and assaulted officers on duty.

This isn’t Jenkins’ first appearance in court in relation to the Charleston riots. In 2021, a federal court also gave him an 18-month sentence for his role in the unrest. Local reports shared evidence he’d attacked a police officer with a fire extinguisher.

A #BLM leader in Charleston, SC who rioted multiple times in 2020 has been sentenced to 18 months in state prison for setting fire to a police vehicle & battering officers. Abraham Jenkins was also federally sentenced last year to 18 months in federal prison for rioting & arson. pic.twitter.com/wzU4LtWmnD

At the time of that sentencing hearing, Charleston Police Chief Luther Reynolds praised the verdict. He claimed that peaceful protest was acceptable and necessary, but acts like those Jenkins committed deserve punishment.

This outcome will doubtless be welcome for those whose properties and businesses were affected by the Charleston riots.