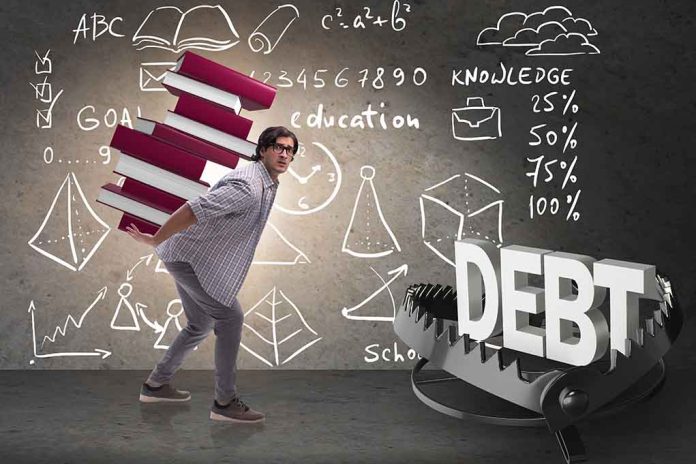 (RepublicanDaily.org) – President Joe Biden’s decision to use executive authority to forgive student debts has met with criticism in many corners of American society. Even some high-profile Liberals were skeptical about the scheme. However, the support of others, like Vice President Kamala Harris, was enough to get the plan over the line.

The story of how Biden got to his big Wednesday announce. @shearm @KannoYoungs & me: https://t.co/r4UjL1VhRN

According to a New York Times report detailing the views of Democratic insiders on student debt relief, Treasury Secretary Janet Yellen and First Lady Jill Biden were among those to express reservations about the idea. Yellen was reportedly worried about the effect the extensive federal spending might have on inflation rates, which are already hitting historic peaks. Even the president himself was unsure about debt cancellation, according to the Times report.

Republicans also slammed the move after its announcement. Senate Minority Leader Mitch McConnell (R-KY) released a statement calling the decision a “slap in the face” for American taxpayers who had not taken out student loans, or even gone to college.

Democrats' student loan socialism is a slap in the face to working Americans who sacrificed to pay their debt or made different career choices to avoid debt. A wildly unfair redistribution of wealth toward higher-earning people. pic.twitter.com/ntyOafgklh

However, those concerns were ultimately overcome by the strong support of Democrats like Senate Majority Leader Chuck Schumer (D-NY) and, in particular, the vice president. Kamala Harris has been among the strongest proponents of student debt relief since the beginning of the administration.

What do you think of student debt relief?