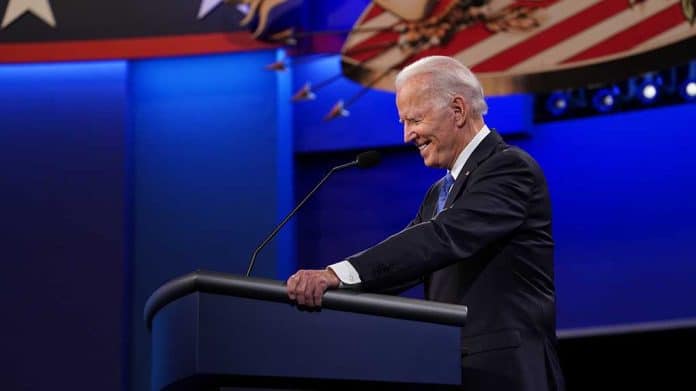 (RepublicanDaily.org) – Soon after entering the White House, President Joe Biden declared a pause on selling new oil and gas drilling leases on federal lands and waters. Unfortunately for Biden, he soon ran into legal trouble. In June, a federal judge blocked the administration’s ban and required the sale of leases to resume. However, it now looks as though Biden and his officials are taking the complete opposite approach.

On Wednesday, November 17, the Biden administration auctioned off massive sections of federally-owned waters in the Gulf of Mexico. The buyers are oil and gas companies seeking to drill in the area. The event was the largest auction of federal offshore drilling rights in the nation’s history, involving an area of national water slightly greater than the area of the state of New Mexico.

There will be an oil and gas lease sale for the Gulf of Mexico on November 17, 2021. Lease Sale 257, scheduled to be livestreamed from New Orleans, will be the eighth offshore sale under the 2017-2022 Outer Continental Shelf Oil and Gas Leasing Program. https://t.co/QasEfBJmTB pic.twitter.com/Pgb3ScSQ2o

As environmentalists have been quick to point out, these sales came less than two weeks after Biden made a speech at Glasgow’s COP26 climate summit, urging the world leaders to make sacrifices in pursuit of a greener planet.

So, what are we to make of this? Is Joe Biden a president who’s listening to the wishes of his people, or is he simply saying one thing while doing something totally different?