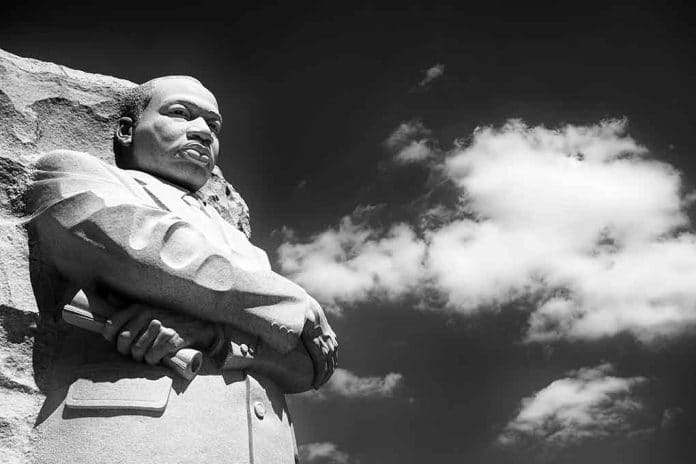 (RepublicanDaily.org) – In May 2020, George Floyd died in police custody in Minnesota. His death sparked outrage about racial inequality and discrimination across the world, as well as months of violent protests in cities across the United States. In an indication of just how seriously Liberals have treated Floyd’s death, President Joe Biden stated it was an even more consequential event than the assassination of Dr. Martin Luther King, Jr., leaving many people scratching their heads.

Biden passed this remark in June 2020, when he was on the campaign trail for the election he would inevitably win. He claimed the “worldwide impact” of George Floyd’s death was greater than that of Dr. King’s. You can see for yourself in the video below.

On January 17, this year’s Martin Luther King Jr. Day, Biden was busy campaigning in favor of the Democratic voting rights legislative agenda. Since the Capitol Hill riot on January 6, 2021, Democrats have consistently pushed for expanded voting access in the form of, for example, extended absentee voting allowances and looser rules around ballot harvesting.

Do you think the death of George Floyd was a more important historic event than the assassination of Dr. Martin Luther King, Jr.?