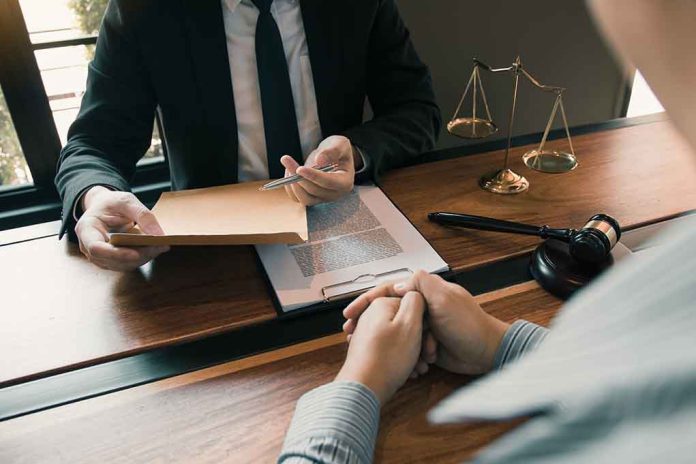 (RepublicanDaiBiden Official Gets VIOLATION – He’s In Hot Water!ly.org) – A senior Biden administration official has been caught blatantly violating an anti-corruption law. White House Chief of Staff Ron Klain used his government position to promote Democratic Party merchandise. Of course, he got away with a slap on the wrist — he’s a Democrat, after all.

The Hatch Act of 1939, An Act to Prevent Pernicious Political Activities is a federal law banning employees in the federal government’s executive branch from being involved in partisan political activities. On May 22, Strike PAC, a fundraising group for support of Democratic campaigns, tweeted a message urging people to buy its merchandise. One of the people who retweeted it was Ron Klain, who used his official Twitter account at @WHCOS to send the begging message to his 595,000 followers.

The America First Legal Foundation, an ethics watchdog supporting former President Donald Trump, picked up on the tweet and submitted an official complaint. Now, the Hatch Act Unit at the Office of Special Counsel has replied to the complaint — and its response isn’t impressive.

Hatch Act Unit Chief Ana Galindo-Marrone told America First Legal despite concluding that Klain did violate two separate provisions of the Hatch Act, they had decided not to discipline him; instead, he’s been let off with a warning letter. Normal penalties could include termination, demotion or a fine — unless you’re a Democrat, apparently.