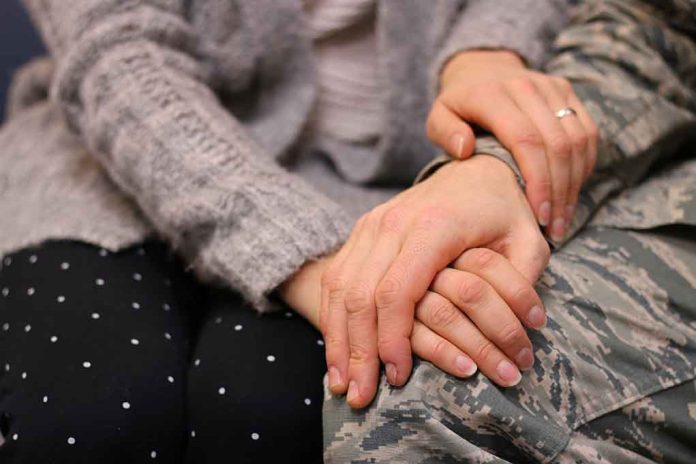 (RepublicanDaily.org) – Military families have found plenty of reasons to oppose President Joe Biden since he took office last year. Chief among these was his handling of the withdrawal from Afghanistan; many critics blamed him and his supporting officials for the loss of American lives that occurred in the aftermath of the botched operation. Now, the Biden administration has given military families another cause to dislike it, according to a letter two senators sent last week.

On Tuesday, May 17, senators Maggie Hassan (D-NH) and Marsha Blackburn (R-TN) sent a letter to Secretary of State Antony Blinken regarding recent confusing policy changes in relation to spouses of our hardworking military personnel. The letter alleges the State Department has changed the rules around federal employees wishing to travel with their spouses in the military, making it more difficult for them to do so.

The Domestic Employees Teleworking Overseas (DETO) program previously allowed certain individuals in this position to travel with their spouses and fulfill their working duties remotely. According to Hassan and Blackburn, the State Department has changed the rules, leaving some DETO program participants at risk of having their working arrangements “revoked.”

This comes despite previous indications from the administration that remote work was possible for many government operatives in this position during the COVID-19 pandemic. So what’s changed?

The letter finishes by asking for data justifying the State Department decision to limit the freedoms of military spouses in this way.