(RepublicanDaily.org) – The US Supreme Court’s (SCOTUS) decision in the case of Dobbs v. Jackson Women’s Health Organization in June has been one of the biggest stories in the United States, if not the world, this year. The SCOTUS effectively handed individual states the power to make their own decisions regarding abortion laws, overturning 50 years of precedent following the seminal Roe v. Wade ruling. Democrats in Washington, DC, have protested fiercely against the verdict, and now President Joe Biden has put a strategy in place with the intention of helping women circumvent the new rule.

On Wednesday, August 3, President Joe Biden signed a new executive order aimed at expanding pregnant women’s access to termination services. The document stresses the president’s policy that women should have “access to reproductive healthcare services,” and that this should include the freedom to travel to pro-choice states to have an abortion.

The action will attempt to make it easier to procure an abortion in three ways:

Many pro-life Conservatives have expressed dissatisfaction with President Biden’s approach to this issue. They feel he should respect the SCOTUS’ decision and allow individual states to decide whether or not abortions should be legal.

However, it’s not just right-wingers who are upset. Pro-choice advocates have also slammed his response to the situation, claiming it will do little to make things better for women on the ground. The administration has refused to entertain a number of the more radical interventions activists have proposed, such as allowing abortion clinics to operate on federal lands.

While expressing his own pro-choice views and his opposition to the SCOTUS decision in Dobbs, the president has stressed his own power to address the situation is limited. He has repeatedly stated he would like to see voters solve the problem by electing pro-abortion candidates to Congress so they can enact legislation to turn the tables.

What do you think? Is President Biden right to represent his voter base on this issue, or should he back off and allow the court’s decision to stand unopposed? 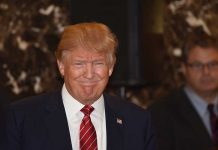