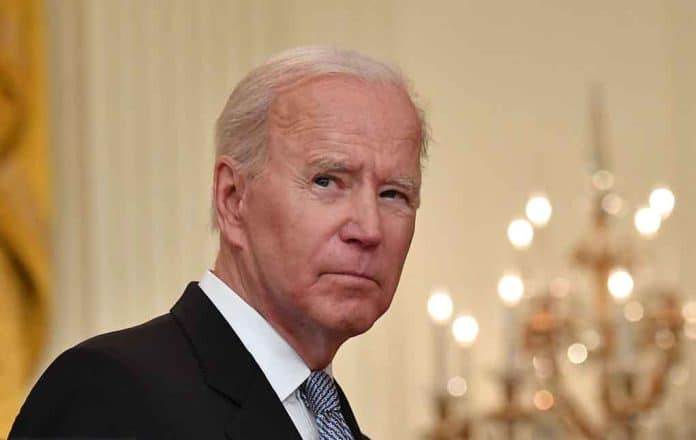 (RepublicanDaily.org) – When President Joe Biden was campaigning last year, he promised that ordinary Americans would not have to fund the ambitious projects he was proposing. Instead, corporations and ultra-wealthy individuals would bear the cost, he proclaimed. In April of this year, he doubled down on this pledge, unveiling a tax plan he said would not see anyone making less than $400,000 paying more taxes.

Unfortunately, experts were skeptical of this claim then, and they remain so now.

On Tuesday, November 16, the Joint Committee on Taxation released a report on the version of his social spending bill recently passed by the House. It revealed taxpayers at levels of income far below $400,000 a year will start seeing tax increases by 2023 if the bill passes into law. The relevant figures would increase over time, too. By 2031, people earning between $50,000-$75,000 would see a net 1% increase in their taxes, while those making between $100,000-$200,000 would see an 11.3% tax hike.

These figures are based on a broad analysis of different tax measures in the bill. For example, the legislation would double the federal tax on tobacco products, disproportionately affecting lower earners.

Another issue is the potential for taxes to trickle down from corporations to their consumers. Large companies would likely offset the cost of the bill’s 15% profit tax by increasing prices for ordinary Americans who pay for their goods and services.

The blame may not lie with this particular bill. Because of the interconnected nature of the US economy, it’s extremely difficult to design a tax plan that doesn’t leave lower earners exposed from one angle or another. That’s why tax experts have been pessimistic about Biden’s promise not to tax those earning less than $400,000 from the very start.

A big issue with the bill in its current form is its expansion of the state and local tax deduction (SALT). This federal government initiative allows residents of high-tax states to write off some of their local and state taxes. Democrats in Congress have consistently pushed for the inclusion of this measure, as Democrat-controlled coastal states are the biggest beneficiaries of the scheme. Big earners stand to benefit the most from SALT deductions. Under the terms of the House bill, those earning between $500,000-$1,000,000 would cut their tax bills by 35.5%

Should the American people allow Biden and the Democrats to walk back this crucial promise?