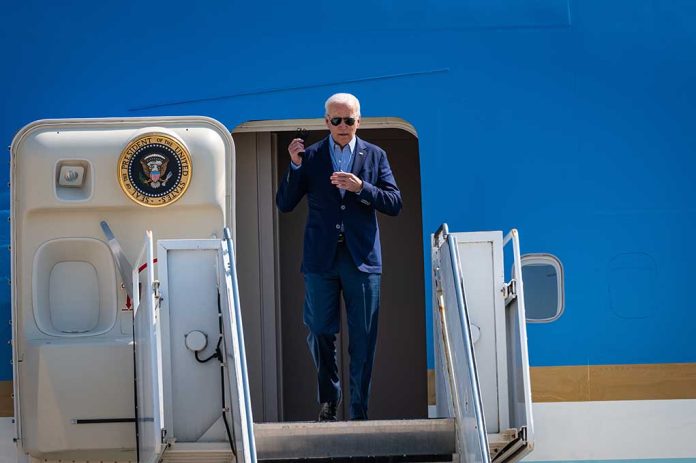 (RepublicanDaily.org) – Following President Joe Biden’s election to the White House, there was widespread media speculation he would be a major liability to his administration. While it has indeed turned out to be the case, another key figure has potentially been just as inept; Vice President Kamala Harris. It now appears even Biden himself is losing faith in his second-in-command.

On Tuesday, March 15, White House Press Secretary Jen Psaki announced President Biden will personally attend a NATO summit in Brussels on March 24. This is despite the fact Harris was the one to attend two of these meetings previously.

Psaki shared that Biden will talk about “ongoing deterrence and defense efforts” with other heads of state in relation to Russia’s widely denounced military campaign in Ukraine. The meeting will also reiterate America’s support for and involvement in NATO, according to Psaki.

Kamala Harris’ two previous European visits had brought her first to Germany, then to Poland and Romania. On the second excursion, there was an awkward moment when the vice president had to defend the Biden administration’s decision to refuse Poland’s offer of fighter jets that the US could donate to Ukraine. According to officials, the move would have been likely to spark a more serious conflict with Russia.

This will be Joe Biden’s third official international trip since the beginning of his White House term.