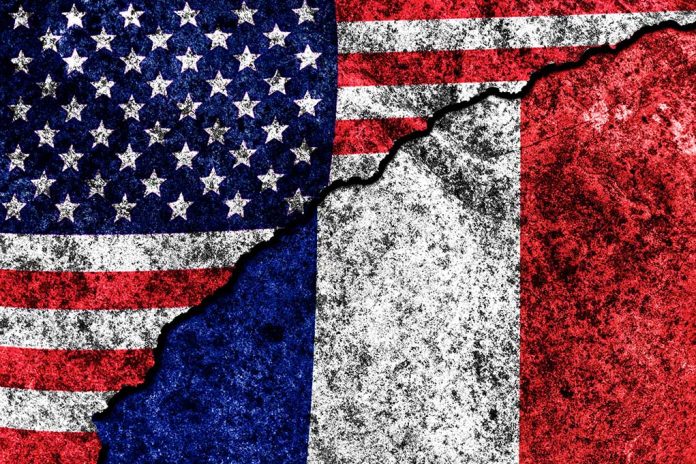 (RepublicanDaily.org) – President Joe Biden has encountered numerous foreign policy challenges since entering the White House. He has repeatedly antagonized the nation’s adversaries, most notably China and Russia. If that wasn’t bad enough, it appears the president is now getting under the skin of American allies, too.

Last week, the Biden administration decided to form an agreement with Britain and Australia regarding a security alliance in the Indo-Pacific region. The deal will see the US and the UK provide Australia with nuclear submarine technology. However, this means a $40-billion deal Australia struck with France for submarines has fallen through, and the French government is not happy with the Biden administration.

Biden’s submarine accord with Australia angers both France and China https://t.co/tH5k79L8a2

Officials in Paris have decided to cancel a commemorative event celebrating the Battle of the Capes scheduled to take place in the French embassy in Baltimore this Thursday. That’s led to concerns about the strength of ties between the US and France going forward. Joe Biden reportedly intends to speak with France’s President Emmanuel Macron about this matter, but the White House has not communicated a timeline yet.

White House Press Secretary Jen Psaki remarked that Macron’s criticism of the president did not faze him. However, at a time when America needs as much international support as it can get, there’s every reason to be skeptical of this claim.