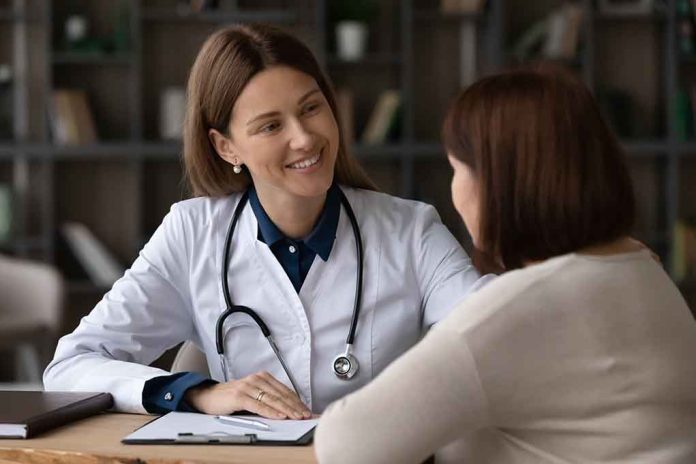 Biden BLOCKED By Federal Court – He Can’t Do It!

(RepublicanDaily.org) – Modern American society is increasingly becoming comfortable with medical procedures like abortion and gender reassignment. Many doctors have no issue performing these kinds of tasks, but there are some who refuse to do so on the basis of their religion. Whether these medical professionals should be compelled to carry out procedures they disagree with has been the subject of legal debate for a number of years. A recent federal court ruling struck a blow in favor of doctors in this position.

Court Rules Against Biden Administration on Abortion and Gender Reassignment

On Friday, August 26, the US Circuit Court of Appeals for the Fifth Circuit ruled in favor of the plaintiffs in a lawsuit against the Department of Health and Human Services (HHS). The Franciscan Alliance, which is a religious hospital group, filed the lawsuit alongside 20,000 individuals working in the healthcare industry in 2016. It was an effort to block the application of a provision of the Affordable Care Act in such a way that doctors would have been forced to carry out abortions and gender reassignment.

The provision in question, Section 1557 of the Act, bans healthcare services that receive federal funding from discriminating on the basis of gender. In 2016, the Obama administration attempted to use Section 1557 to compel healthcare facilities to provide pregnancy terminations and gender-affirming care, on the grounds that refusing such care would have been discriminatory.

When the plaintiffs first filed suit against the rule in 2016, the district court found in their favor. HHS Secretary Xavier Becerra appealed the ruling, and it has been winding its way through the courts since. When Joe Biden entered the White House (while the result of the appeal was still pending), his administration issued an official notice confirming its position that doctors in federally-funded facilities should have to provide gender-affirming care. Judge Don Willett, one of the judges on the appeals court bench, found that notice to be defective in its reasoning in the recent judgment.

The Franciscan Alliance is a network of Catholic hospitals with outlets in Indiana and Illinois. It has historic links to other Catholic groups, including the Sisters of St. Francis of Perpetual Adoration.

The most recent ruling in this case hands a permanent injunction to the plaintiffs, meaning the HHS will remain unable to compel doctors or healthcare facilities to perform gender reassignment or abortions if doing so would run counter to their religious ethos.

What do you think of this ruling?